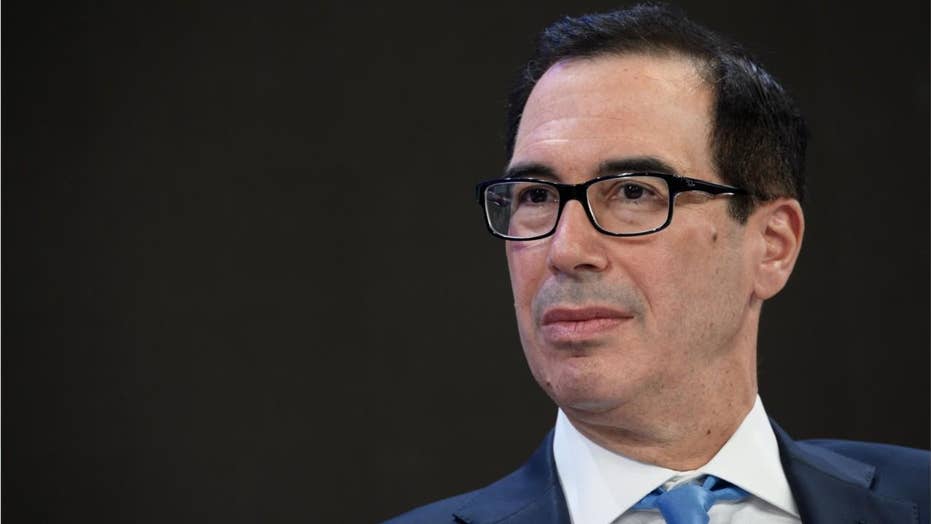 U.S. Treasury Secretary Steven Mnuchin took a shot at Greta Thunberg -- the famed teen climate activist -- on Thursday over her push at the World Economic Forum in Davos, Switzerland, for companies to immediately cease all investments in fossil fuels.

Mnuchin was at a news conference in the Alpine town when he was asked about Thunberg's earlier appeal to abandon older sources of energy, according to Reuters.

"Is she the chief economist? ... After she goes to college and studies economics in college, she can come back and explain that to us," he was quoted saying.

Thunberg, 17, from Sweden, has been embraced by celebrities and is seen by supporters as a fierce, young voice capable of rallying support for her cause: to clean up the environmental mess left by previous generations. Her detractors view her as a media-generated star who admitted that she was surprised when she was named Time magazine's "Person of the Year."

There appears to be no love lost between Thunberg and President Trump, who called Time magazine's decision "ridiculous."

Thunberg said in September that talking to Trump at the U.N. General Assembly in New York City would have been a waste of time. In Davos, Thunberg took part in a panel discussion hosted by The New York Times, where she told the audience there is a real need for immediate action on climate change.

"Your inaction is fueling the flames by the hour,” she said, according to the Times. "Let's be clear. We don’t need a 'low carbon economy.' We don't need to 'lower emissions.' Our emissions have to stop."

Trump and Thunberg were both in Davos at the same time and "sparred indirectly," the Reuters report said, though Trump appeared to "extend an olive branch" when he told reporters he wished that he was able to hear her speak before he left.