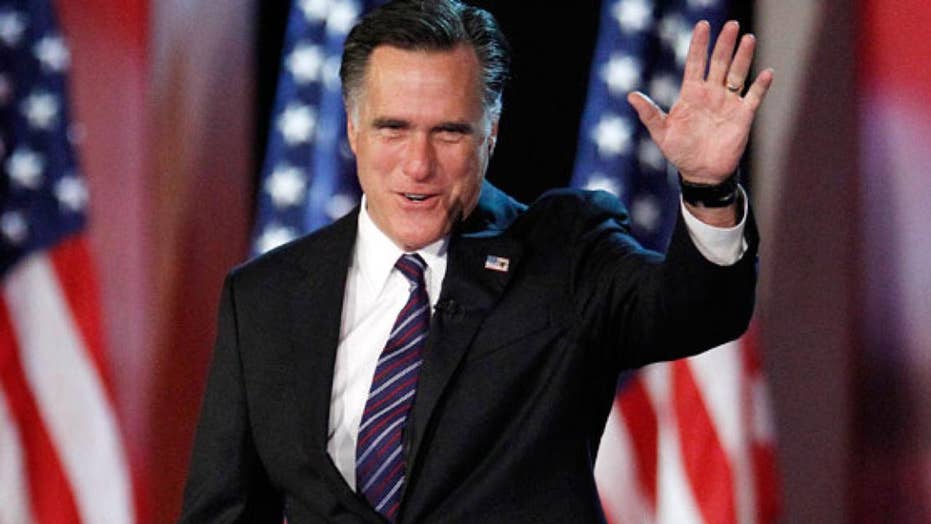 Can Mitt Romney win in Utah?

That means Kennedy, who captured 50.18 percent of the delegate vote, and Romney (49.12 percent) will face each other in a GOP primary election June 26.

In comments after the vote, Romney kept an upbeat tone.

“I’m delighted with the outcome. Did very, very well,” Romney told Salt Lake City's FOX 13. “On to a good, important primary ahead. This is terrific for the people of Utah.”

Kennedy, too, was pleased with the results, the station reported.

“I’m a candidate with a compelling life story and a unique set of life circumstances I’d like to use to serve the people of Utah,” he told FOX 13.

The delegates at the convention tend to be more conservative than Utah’s general electorate, the newspaper noted.

Romney, 71, who ran against Barack Obama for president in 2012, went up against 11 other candidates seeking the Utah’s GOP nomination for U.S. Senate. Most of them were political newcomers who questioned Romney's criticism of President Donald Trump and the depth of his ties to Utah. (Romney is a former governor of Massachusetts, and his late father, George Romney, was a former governor of Michigan.)

Romney is perhaps best known in Utah for his chairmanship of the 2002 Winter Olympics, which were held in the state, and also because he was the first Mormon to be the presidential nominee of a major party. He moved to Utah after his 2012 campaign failed.

In launching his U.S. Senate bid, Romney has tried to keep the focus on state issues rather than his history of well-documented feuds with President Donald Trump, whom he called a "con man" and a phony during the 2016 race.

Trump fired back that Romney "choked like a dog" during his own White House run. But the two men have shown fresh signs of burying the hatchet, and Romney has accepted Trump's endorsement.

Hatch, 83, the longest-serving Republican in the Senate, announced his retirement plans several months ago, despite efforts by President Trump to convince him to stay in Washington.