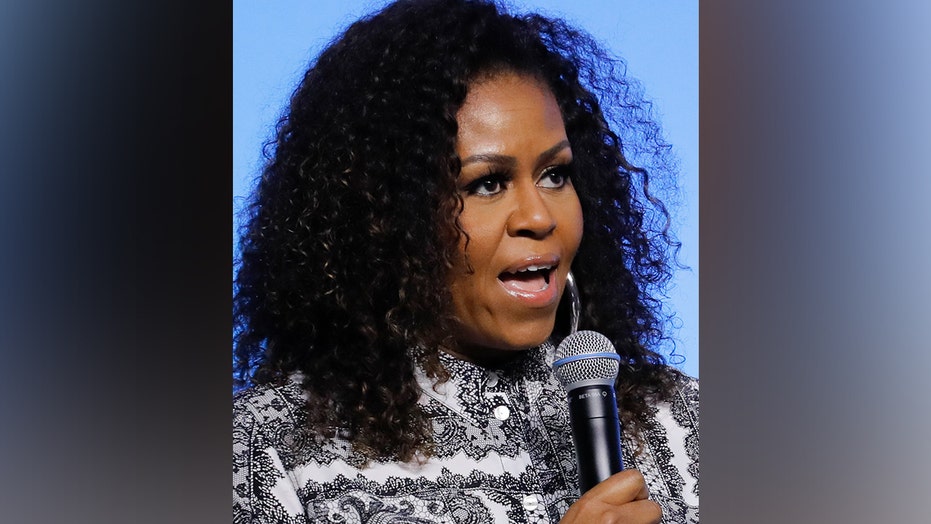 Michelle Obama calls Trump 'the wrong president for our country'

Former first lady Michelle Obama says Americans shouldn't "listen to people who say ... your vote will get lost" during the 2020 presidential election.

Her comments aired during an Instagram Live virtual event on Tuesday for her voter-registration group, When We All Vote, featuring celebrities like Jennifer Lopez and Zendaya.

"Voting is easy," the former first lady said during the event, according to Axios. "It is something that we can do. Don’t listen to people who will say that somehow voting is rigged and your vote will get lost and it won’t be counted. That is not true."

She added that voters should not be "discouraged by those conspiracy theories that are being peddled out there about the validity of our election process because it’s just not true."

"They want you to stay home," she said. "They want you to feel so confused by the process that you just throw your hands up. And then, you know, they let those in power make the choices for you. But you know, you can’t let any process make you feel so intimidated that you don’t make your voice heard."

President Trump has repeatedly voiced concerns about ballot fraud over the last several months as the 2020 presidential election approaches and the coronavirus pandemic keeps people from voting in person.

The president told reporters on Wednesday, "I've been complaining very strongly about the ballots, and the ballots are a disaster."

While election experts have said that casting a ballot by mail may be riskier than voting in a booth, historically, there is no evidence of widespread mail-in ballot fraud or that absentee ballots help Democrats.