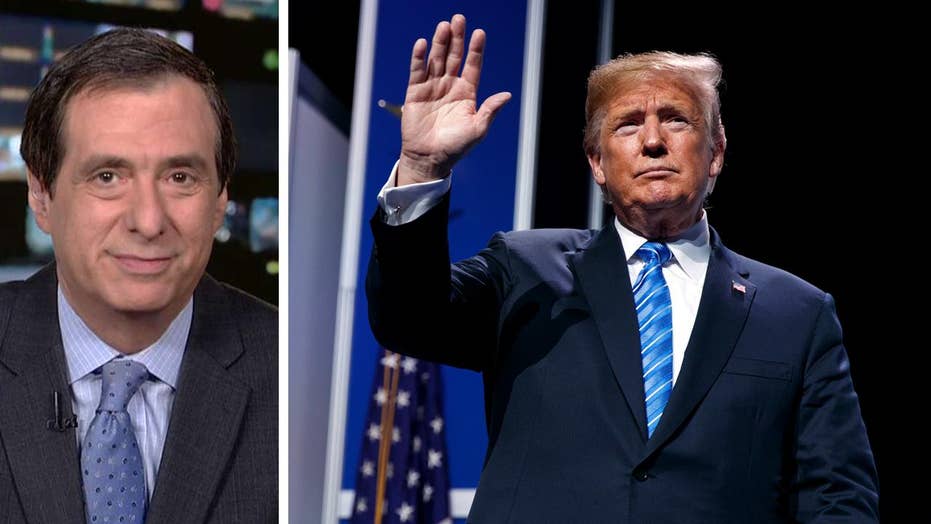 Kurtz: A President who says 'What you're reading is not happening'

'MediaBuzz' host Howard Kurtz weighs in on the Michael Cohen tape fueling a debate about Trump, cash and credibility.

Lordy, there are tapes—along with a whole new wave of media questions about Donald Trump, his veracity, the break with his former lawyer, and his current lawyer saying "the president is not an idiot."

The Michael Cohen tape, aired by CNN's Chris Cuomo, has very much put in play who said what to whom about a possible payoff to a former Playboy model and Rudy Giuliani's previous claim that the tape would vindicate the president.

But put that to the side for just a moment. The larger media narrative, to employ that much-overused phrase, is that Trump is creating his own reality. That he is, as The New York Times put it yesterday, "increasingly living in a world of selected information and bending the truth to his own narrative. As his aides work to keep him insulated from the outside world, Mr. Trump is doubling down in his efforts to tell supporters to trust him over the words of critics and news reports."

The chief examples cited in the story are these:

--Trump was going off about an NBC story before a VFW audience when he said, "Don't believe the crap you see from these people—the fake news ... What you're seeing and what you're reading is not what’s happening."

--The president "raged" against his staff for violating a rule that all TVs on Air Force One must be on Fox, after Melania Trump's set was tuned to CNN. (The first lady's spokeswoman issued a statement saying she will watch "any channel she wants." So it's just like an average couple fighting over the remote, right?)

--The president tweeted his concern that Russian will have an impact on the midterms: "Based on the fact that no president has been tougher on Russia than me, they will be pushing very hard for the Democrats. They definitely don't want Trump!" Uh, except for the fact that Vladimir Putin said he wanted Trump to win in 2016 and there is no discernible evidence that he suddenly wants to help the Dems.

So that brings us back to the tape, now being debated by lawyers on cable 24/7. On one level, it's hardly a smoking gun since the payment that Trump and Cohen are discussing never actually happened.

It's also not 100 percent clear from the crosstalk whether the candidate is saying the payment (to reimburse the National Enquirer, owned by Trump pal David Pecker, which spent $150,000 to buy and bury the rights to Karen McDougal's story) should be made in cash. We hear Trump say "pay with cash," we hear Cohen saying "no no no," someone says "check," and the thing suddenly ends.

The president seized on that point, tweeting: "What kind of a lawyer would tape a client? So sad! ... Why was the tape so abruptly terminated (cut) while I was presumably saying positive things?" Fair question.

Rudy Giuliani told Laura Ingraham it was "outrageous" for Cohen to tape his client surreptitiously and "foolhardy for them to try to yell and scream and make believe what’s on the tape."

But Lanny Davis, Cohen's lawyer, told Cuomo that "Richard Nixon couldn't spin the tape that did him in ... Whatever spin Mr. Giuliani is trying to invent, it says 'cash,' and Michael Cohen says 'no, no, no.'"

But Trump doesn’t act surprised by the conversation, which contradicts his campaign’s insistence that he knew nothing about the Karen McDougal business.

These controversies come and go, rarely seeming to affect Trump's standing with Republicans. And he's entitled to hit back at the press without being accused of creating an alternative reality.

But the lingering questions about the president's credibility can't just be waved away by speeches and tweets.