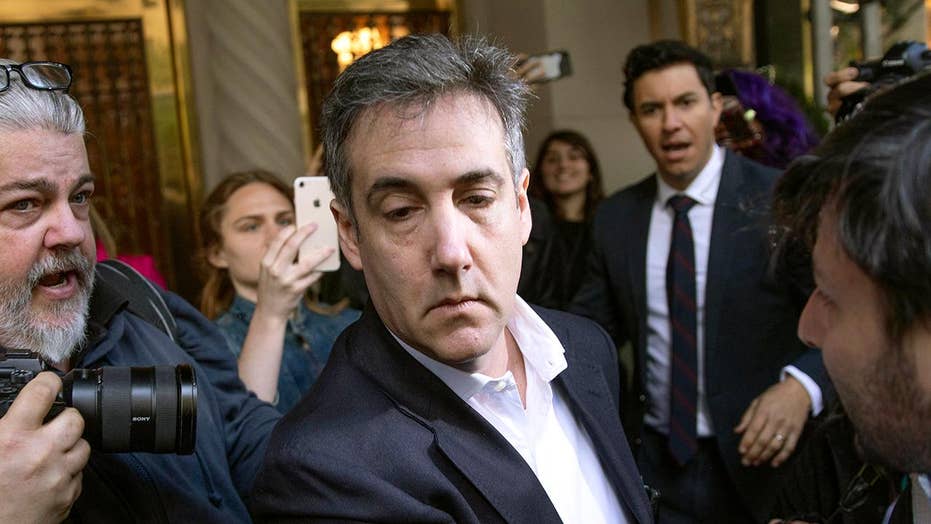 What will life in federal prison be like for Michael Cohen?

President Trump’s former personal attorney Michael Cohen has shared a petition calling for the president to have the Federal Bureau of Prisons allow prisoners like him to be released and placed under home detention during the ongoing coronavirus outbreak.

The petition specifically calls for federal non-violent offenders – like Cohen -- to be sent home to free up prison resources.

“The Federal Prison Camps are without adequate medical staff and are without proper medical equipment, sterilization techniques, gloves, sanitizers, masks, and other necessary items,” the petition says. It claims that placing non-violent offenders under home confinement “would give the prison facilities additional (and much needed) medical triage and logistic space for those who will become infected with the COVID-19 Virus, the spread of which is discussed as a mathematical certitude.”

The greater availability of prison resources is necessary, the petition claims, because of the burdens already faced by hospitals and complications involved in transporting sick prisoners.

Cohen is currently serving a three-year sentence following a 2018 guilty plea to charges including bank and tax fraud, as well as campaign finance violations related to Trump’s 2016 presidential campaign. He began serving his sentence at federal facility in Otisville, N.Y., in May 2019.

Rep. Jim Jordan, the top Republican on the House Oversight Committee, said in January that he wants  Cohen to face the possibility of more criminal charges for allegedly lying to Congress.

The petition is a self-described “plea to the President of the United States to save lives,” and as of Sunday morning was nearing its goal of 1,500 signatures.

“Without your intervention, scores of Non-Violent Offenders are at risk of death, and these people were not given a death sentence,” it says.