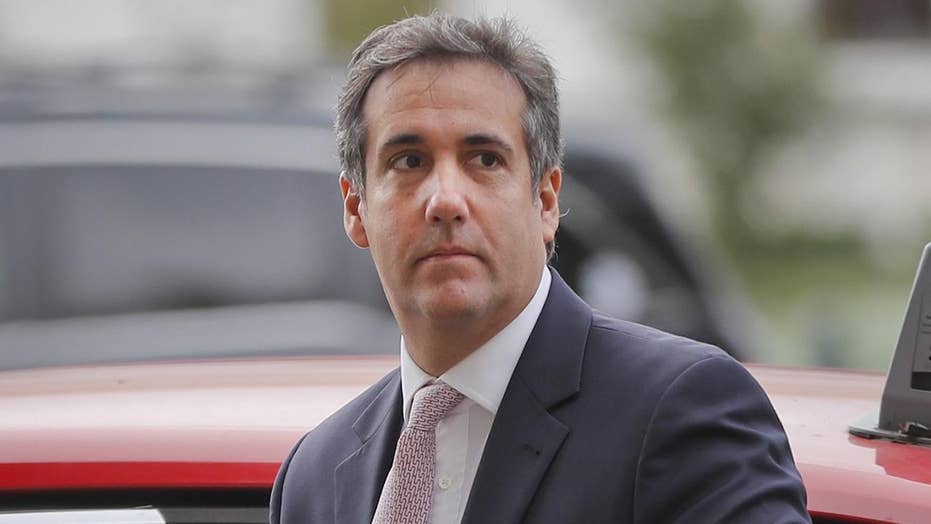 Cohen says document on payments to his company is inaccurate

A firm linked to a Russian oligarch made payments totaling more than $1 million to Michael Cohen, the personal attorney of President Donald Trump, according to a report out Tuesday.

Cohen allegedly utilized shell company Essential Consultants LLC to pay money to adult-film star Stormy Daniels over an alleged affair with the president in 2006. The company, according to The New York Times, also was used for a series of business transactions and around $4.5 million ran through it from approximately November 2016 until January 2018.

Of that money, payments totaling approximately $500,000 were made by investment firm Columbus Nova in 2017, The Times reported. One of that firm’s biggest clients is a company helmed by Russian oligarch Viktor Vekselberg.

Vekselberg reportedly was questioned at an airport this year by members of Special Counsel Robert Mueller’s team investigating alleged Russian collusion in the 2016 presidential election.

An attorney for the company said the money was for a consulting fee and was unconnected to Vekselberg, The Times reported.

“Neither Victor Vekselberg nor Renova [Vekselberg's company] has ever had any contractual relationship with Mr. Cohen or Essential Consultants. As to [the] relationship between Columbus Nova and Mr. Cohen, you have to ask Mr. Andy Intrater, because Columbus Nova is a company owned and managed by him.”

Details on the transactions appeared in documentation that Michael Avenatti, the lawyer for Daniels, posted to Twitter on Tuesday. Daniels, whose real name is Stephanie Clifford, allegedly received $130,000 in a non-disclosure agreement from Essential Consultants to stay mum on her alleged affair with Trump.

The president has denied the relationship and Daniels has sued to get out of the deal.

"After significant investigation, we have discovered that Mr. Trump’s atty Mr. Cohen received approximately $500,000 in the mos. after the election from a company controlled by a Russian Oligarc with close ties to Mr. Putin. These monies may have reimbursed the $130k payment," Avenatti tweeted.

The FBI raided Cohen’s home, office and hotel room last month to seize a collection of documents -- a development that Trump slammed as “a disgrace.” He is being investigated for a series of allegations, including potential violations of election laws and bank fraud. According to reports of the raid, agents obtained documents related to several issues, including Cohen's payments to Clifford.

"Mr. Trump and Mr. Cohen have a lot of explaining to do," Avenatti wrote.

A lawyer for Columbus Nova confirmed payments to Cohen, but denied that Vekselberg had anything to do with them.

"Columbus Nova is a management company solely owned and controlled by Americans," the statement said. "After the inauguration, the firm hired Michael Cohen as a business consultant regarding potential sources of capital and potential investments in real estate and other ventures.

The arrangement came as the company was competing to sell trainer jets to the U.S. Air Force in an auction potnetially worth up to $16 billion, the report said.