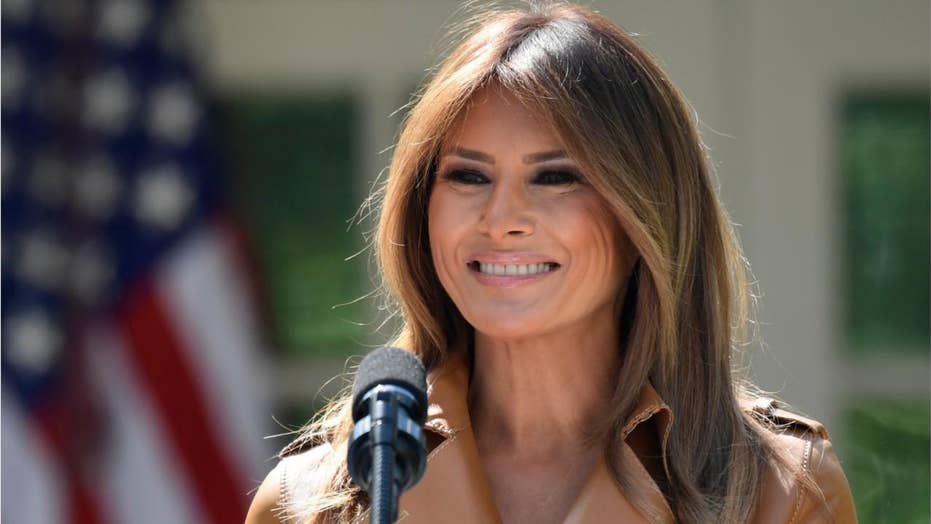 The media is covering first lady Melania Trump as being missing in action despite being seen last week.

A spokeswoman for Melania Trump on Monday slammed a “rabid press corps” for speculating about the first lady’s health and whereabouts since being hospitalized last month to treat a benign kidney condition.

“Mrs. Trump has always been a strong and independent woman who puts her family, and certainly her health above all else, and that won’t change over a rabid press corps,” Stephanie Grisham, a spokeswoman for the first lady, told Fox News. “She’s confident in what she is doing and in her role, and knows the rest is just speculation and nonsense.”

Gutfeld on the media's obsession with Melania's whereabouts

President Trump has deranged the media ghouls to a point that they barely have any humanity left.

Last month, the first lady was treated at Walter Reed National Military Medical Center because of the kidney issue, but hasn’t made a public appearance since.

Trump — a notoriously private person — stayed behind Friday when President Trump and several family members went to the Camp David retreat for the weekend. News also broke Sunday night that the first lady will not join her husband at the G7 summit in Quebec later this week, and there are “no plans” for her to travel to Singapore to meet with North Korea’s leader later this month.

The liberal, anti-Trump corners of the Internet have seized on that news, and spread conspiracy theories ranging from a more serious health issue to speculation of domestic violence.

Rolling Stone senior writer Jamil Smith on Sunday wrote, “I wish that I didn’t suspect that the prolonged, poorly explained public absence of Melania Trump could be about concealing abuse. I wish that it was a ludicrous prospect.”

ABC News’ “The View” spent a segment on Monday speculating that her kidney procedure was worse than reported before co-host Whoopi Goldberg declared, “She’s fine. Sometimes people just don’t want to be out in the public.”

CNN also has focused in recent days on questions about the first lady’s whereabouts.

The liberal network’s “Reliable Sources” newsletter led with a giant graphic of a calendar, placing question marks on each date since Mrs. Trump was “last seen” on May 10. Beneath the graphic, the newsletter specifically stated that she is expected to attend an event on Monday to honor Gold Star families.

“BUT BUT: The event is closed to the press, so Monday evening may not resolve the mystery,” CNN’s Brian Stelter wrote. He made a similar argument on Twitter, writing “if the event is closed press, it means the ‘Melania hasn’t been seen in public’ issue will linger.”

The first lady took to Twitter last week herself to dispel rumors circulating about her whereabouts.

“I see the media is working overtime speculating where I am & what I’m doing,” Mrs. Trump tweeted. “Rest assured, I’m here at the @WhiteHouse w my family, feeling great, & working hard on behalf of children & the American people!”