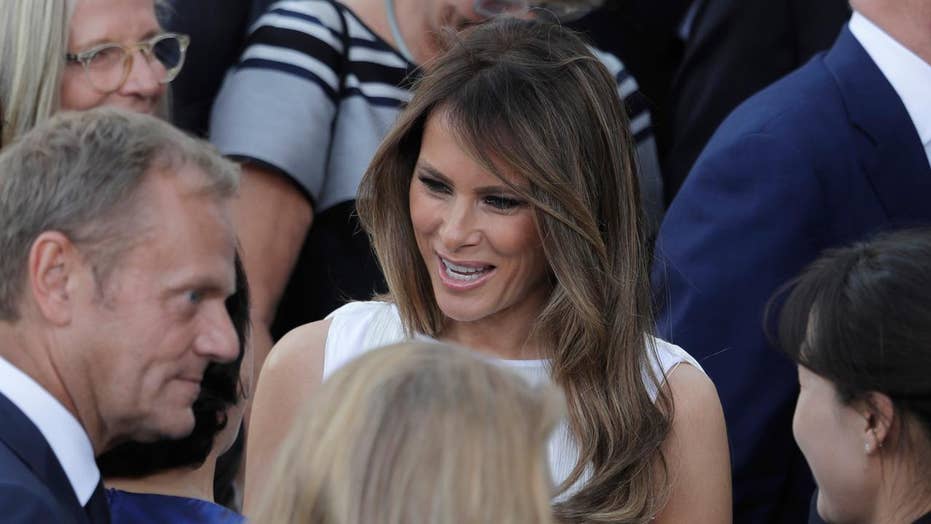 Melania unable to attend events due to G-20 protesters

First Lady Melania Trump has been barred from leaving her temporary residence in Hamburg, Germany, due to G-20 protesters.

Trump is staying at a guest house that belongs to the Hamburg Senate while her husband President Donald Trump, attends the G-20 summit. Mrs. Trump was slated to join the spouses of other world leaders at an international summit on Friday but anti-globalization protesters are keeping the first lady from leaving.

“We have no security clearance from the police to leave the guesthouse,” Trump’s spokeswoman for the German press agency told Focus, a German news agency.

The spouses normally get together while leaders are in meetings during international summits. Friday's program included a boat ride, lunch and a tour of a climate control center.

Thinking of those hurt in #Hamburg protests. Hope everyone stay safe! #G20

On Thursday, nearly 100,000 anti-capitalist protesters demonstrated in the German city ahead of the G-20 conference. German police said 45 protesters were detained, another 15 were temporarily taken into custody, and 160 police officers were injured, including three officers who were hospitalized.

German authorities boosted their police presence ahead of the conference in preparation for the protests but called in more aid late Thursday after protests started to escalate.

The Group of 20 gathering of the world’s leading rich and developing nations is the first since Trump announced that the U.S. would withdraw from the Paris climate agreement.