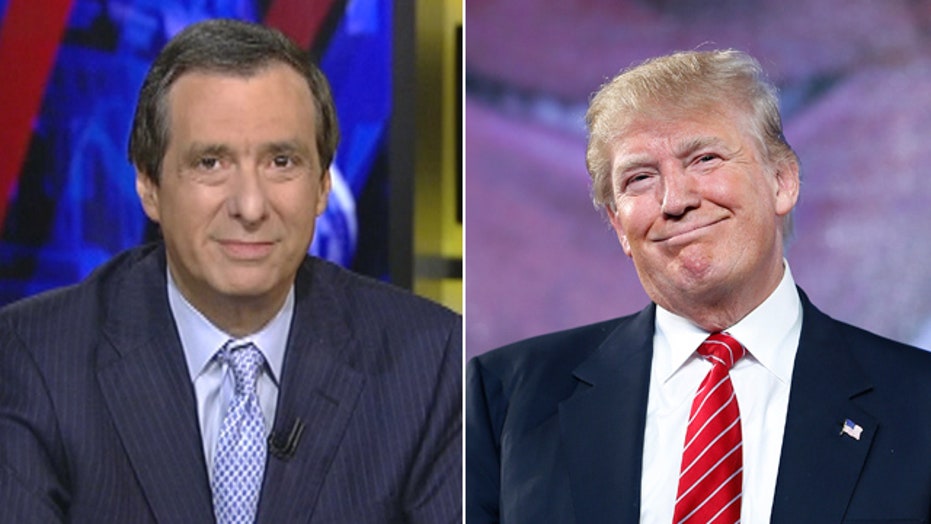 I’ve been saying from the beginning that the never-in-doubt pundits were completely underestimating Donald Trump and his ability to blow up the presidential race.

Even as he climbed to the top of the Republican polls, even as organized journalism struggled for a way to explain his appeal, I’ve argued that he touches a nerve with tough talk about the much-loathed political and media establishment.

But Trump’s pugilistic strength is also his weakness, and when he went a step too far in his criticism of John McCain, he caused an uproar among commentators and politicians alike—but his fiercest fans were unfazed.

Many even joined in denouncing McCain, who was beaten and tortured after being shot down in Vietnam and refused early release as an admiral’s son.

“Nothing has deterred me yet about Donald Trump. The more upset the left gets, the more I like him. He does not speak in PC code! He talks straight,” one commenter said on my show’s Facebook page.

“Trump talks like the rest of us and not some buttoned up cautious scared politician. Never afraid to take a stand. He said what he did to retaliate McCain's calling us the ‘crazies’....which is insulting to many,” another person said.

In other words, Trump’s finger-in-the-eye style, forged in New York’s tabloid culture, simultaneously thrills his admirers and horrifies media and political types who believe in standards of decorum and decency.

Trump did initially say in Iowa that McCain was not a war hero, and that he preferred people who haven’t been captured. He later agreed that McCain was a war hero but shifted his attack to the senator’s alleged failure to do enough for veterans.

McCain took the high road yesterday on “Morning Joe,” saying Trump doesn’t owe him an apology—in other words, not making it about him—but does owe one to other POWs and their families for “offensive” comments.

The Donald, meanwhile, was on the “Today” show, telling Matt Lauer that he did acknowledge that McCain is a war hero: “You misrepresent, just like everyone else.”

Here, by the way, is the exact exchange with moderator Frank Luntz:

Luntz: "Five and half years in a Vietnamese prison camp …"

Bill O'Reilly was persistent yesterday and actually got Trump to retreat a couple of inches. "Hopefully if there was a misunderstanding" with McCain, Trump said, "I would take it back." If.

Trump also takes on his GOP opponents in a USA Today op-ed:

“I do not need to be lectured by any of them. Many are failed politicians or people who would be unable to succeed in the private sector.”

Those who say “the left” is going after Trump are missing what’s happening on the right. The RNC hit Trump hard in a statement, as did Rick Perry and other Republican rivals. The New York Post declared that “Trump is toast” and bid him “DON VOYAGE.”

“Donald Trump confirmed two things during a stop in this central Iowa town Saturday: He has no class and he may well run as an independent when he does not win the Republican nomination.”

The Wall Street Journal’s editorial page scolds conservatives, saying “the question now is how long his political and media apologists on the right will keep pretending he’s a serious candidate...

“The summer Trump polling spurt has nonetheless been instructive in exposing a growing problem on the political right. All too many conservatives, including some magazine editors, have been willing to overlook his hucksterism as he’s risen in the polls. They pretend that he deserves respect because he’s giving voice to some deep disquiet or anger in the American electorate. But America has rarely lacked for demagogues willing to exploit public discontents...

“If Donald Trump becomes the voice of conservatives, conservatism will implode along with him.”

Trump responded (of course) with a tweet: "The ever dwindling @WSJ which is worth about 1/10 what it was purchased for, is always hitting me politically. Who cares!" Rupert Murdoch's companies own the Journal as well as Fox News.

“It was an improvised fit of pique, roundly and vigorously denounced by his rivals all weekend, that exposed the biggest vulnerability of Mr. Trump’s campaign for president: It is built entirely around the instincts and grievances of its unpredictable candidate  — and does not rely on a conventional political operation that protects presidential hopefuls from themselves.”

True, but part of his appeal is that he’s not the captive of handlers and pollsters. The Washington Post’s Dan Balz reflects a media consensus that Trump has reached the tipping point:

“Trump has dominated coverage of the race with nonstop interviews and over-the-top comments. He has proved to be a skilled showman — a talent honed on reality TV — who is able to command attention with his combative verbal style.

“But there is more to becoming president than what Trump has displayed so far, and many Republicans said Sunday that they think his attack on McCain marks a turning point for Trump the politician.”

This Post story contrasts what Trump and McCain were doing in 1968:

“He was 21 years old and handsome with a full head of hair. He avoided the Vietnam War draft on his way to earning an Ivy League degree. He was fond of fancy dinners, beautiful women and outrageous clubs. Most important, he had a job in his father’s real estate company and a brain bursting with money-making ideas that would make him a billionaire…

“More than 8,000 miles away, John McCain sat in a tiny, squalid North Vietnamese prison cell. The Navy pilot’s body was broken from a plane crash, starvation, botched operations and months of torture.

“As Trump was preparing to take Manhattan, McCain was trying to relearn how to walk.”

Chuck Todd (the target of much Trumpian ire) at NBC’s First Read:

“Trump is a combination of Ross Perot and Howard Stern. And a Howard Stern doesn't succumb to controversy; he thrives in it.”

Trump told me in our recent interview that he’ll apologize when he’s wrong. But let’s just say that happens about as often as a space mission to Pluto.

I don’t know whether the McCain controversy will quickly burn itself out or not. I do know that Trump is playing by a different set of rules, and that continues to confound his media detractors.