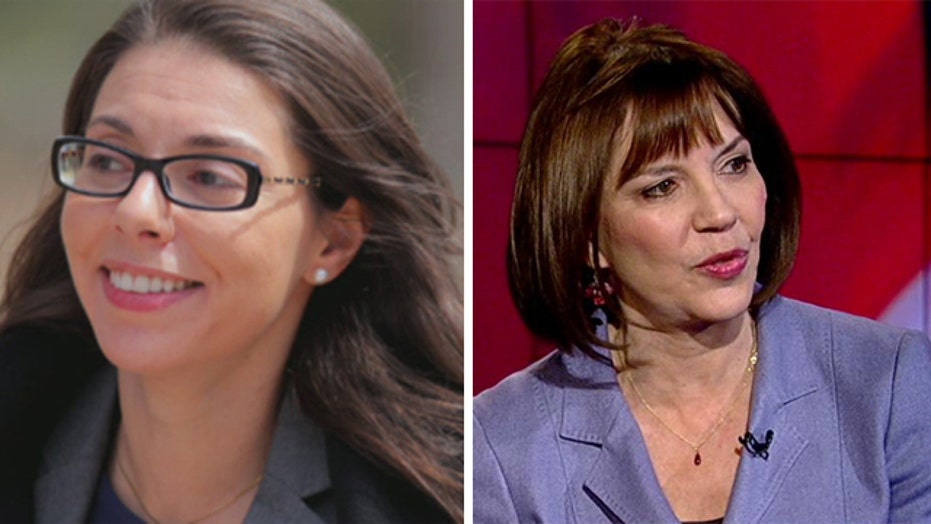 Judith Miller on the impact of Jana Winter's case ruling

What this means for journalists everywhere

WASHINGTON – Journalists trying to shield their sources could get a step closer to winning expanded legal protections in Colorado when a bill that would strengthen the state's media shield law has its first hearing on Wednesday.

Herpin, one of two Colorado Republicans who introduced the bill in the state legislature, says he saw a need to beef up his state's law following the case of Jana Winter, a FoxNews.com reporter who was threatened with jail time for not giving up sources for a report about the Colorado movie theater shooting. Winter had reported that suspect James Holmes had mailed a notebook to a psychiatrist depicting the violence.

"No journalist should have to go through what I did, simply for doing his or her job and working to protect the public's right to know," Winter said in a written statement submitted to the Colorado Senate Judiciary Committee.

Multiple members of the Colorado media are expected to testify Wednesday afternoon in front of the committee, Herpin said.

Herpin's bill would change the criteria in Colorado law and make it tougher to subpoena a reporter, thereby eliminating the difficult choice of revealing confidential sources or going to jail. The bill would also eliminate a part of the state statute that says the interests of those seeking a subpoena against a member of the media outweigh the reporter's First Amendment rights.

If the committee approves the bill, it would then go back to the Senate for a second and third reading. Following that, it would go to the full Senate for a vote and, if approved, head to the House side.

"I haven't heard any opposition to the bill yet," Herpin said.

To date, 49 states and the District of Columbia have passed some form of a shield law. However, there is a great disparity among the level of protection offered to journalists in the states.

In order to get a subpoena in New York against a journalist, the person seeking the subpoena must prove that the information they want is "critical or necessary" to a claim. In Colorado, a person pursuing a subpoena needs only to show the information is "directly relevant" to a case.

Winter, a New York-based reporter, had faced the possibility of jail time if she did not reveal the names of the sources who told her about a notebook "full of details" that Holmes had mailed to a psychiatrist before the July 2012 rampage. Holmes was accused of gunning down 12 people in a movie theater in Aurora, Colo. Fifty-five others were injured in the attack.

In December, a New York court refused to compel Winter to return to Colorado to testify.

"Living under the threat of James Holmes' subpoena was a nightmare. I received harassing phone calls and was the subject of threatening Internet postings. My family and I were deeply distressed," Winter said.

"The fact that New York's historical protection for confidential sources is absolute gives journalists and their sources certainty -- it means that when a journalist promises that she will protect her source, the source can rely on that promise."