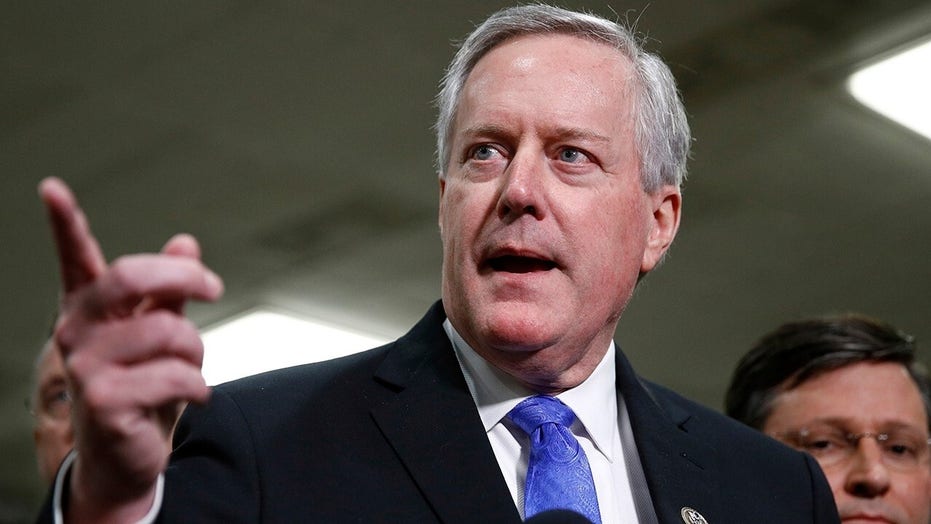 Incoming White House chief of staff Rep. Mark Meadows and five other members of Congress are in self-quarantine but have not tested positive for coronavirus; Kristin Fisher reports.

Rep. Mark Meadows said Tuesday he plans to resign from Congress “toward the end of the month” to take on his new post as President Trump’s acting White House chief of staff.

Meadows, R-N.C., on Tuesday told reporters he was still a member of Congress and had not yet officially taken on his new duties.

Still, Meadows arrived on Capitol Hill Tuesday with Treasury Secretary Steven Mnuchin and apparently was part of the negotiations between the White House and lawmakers over phase three of the coronavirus stimulus package.

“We’re very close. Mark Meadows and I are here,” Mnuchin said. “We’ve spoken to the president two times this morning and we’re ready to close a deal today.”

Trump tapped Meadows as chief of staff earlier this month, after weeks of rumors that he would do so.

“I am pleased to announce that Congressman Mark Meadows will become White House Chief of Staff. I have long known and worked with Mark, and the relationship is a very good one,” Trump tweeted March 6.

Meadows, 60, had announced in December 2019 that he planned to leave Congress at the end of his current term. He has represented North Carolina's 11th Congressional District since 2013. He also chaired the House Freedom Caucus from 2017 until earlier this year, when he was succeeded by Rep. Andy Biggs, R-Ariz. 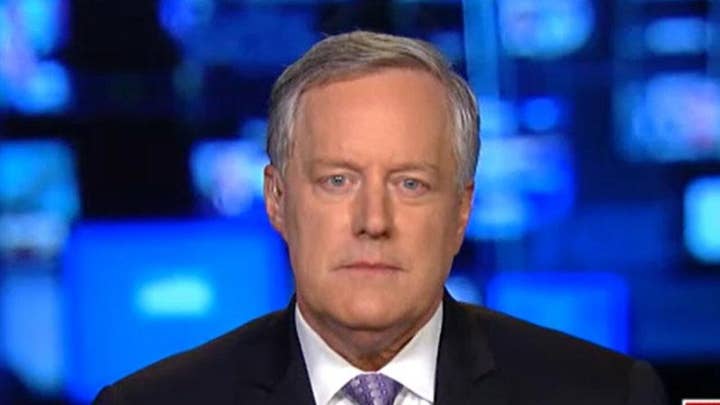 Meadows has been one of Trump’s most loyal defenders on Capitol Hill, particularly during the Russia investigation and the monthlong impeachment battle that ended with an acquittal last month.

Meadows is taking over for Mick Mulvaney, who has been the acting White House chief of staff since January 2019, replacing Gen. John Kelly. Mulvaney was also serving as director of the Office of Management and Budget (OMB).