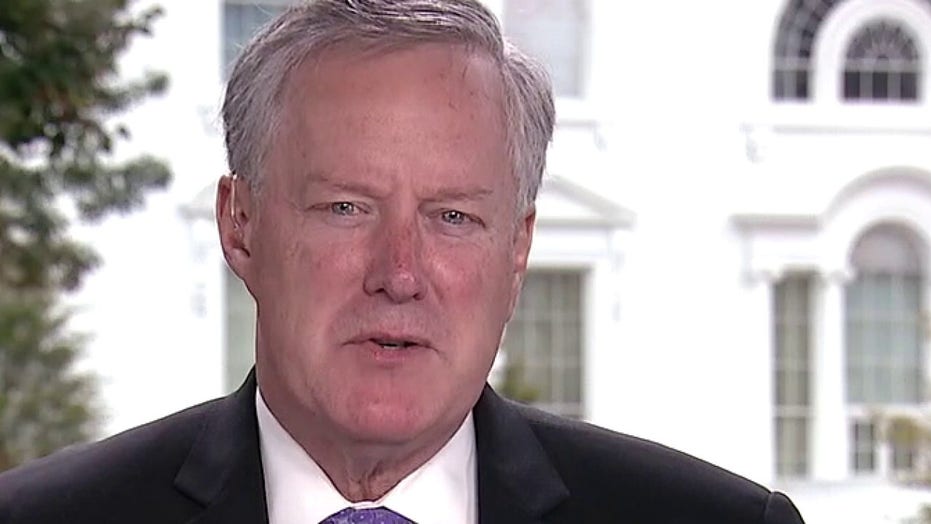 White House chief of staff Mark Meadows weighs in on the race for a coronavirus vaccine on ‘Fox &amp; Friends.’

Members of Congress are leaving Washington, D.C. while pretending they’re working hard on the next coronavirus stimulus deal, White House chief of staff Mark Meadows, who has been involved with the ongoing negotiations, told “Fox & Friends” on Thursday.

Meadows encouraged the media to take their cameras to Ronald Reagan Washington National Airport (DCA) on Thursday “because you’re going to see members of Congress leaving Washington, D.C. to go home and pretend like they’re working hard on this particular deal when, in fact, the checks are not going out to the American people and unemployment benefits will start to cease.”

The possibility of a fresh round of stimulus checks for American families has been thrown into uncertainty amid an impasse between Congress and the White House over another coronavirus relief package.

Enhanced unemployment benefits of an additional $600 a week, which was enacted by the CARES Act in March, expired on July 31. Since then, dozens of states have been approved to offer sweetened federal unemployment aid, when President Trump signed an executive order last month allocating $44 billion in funding from the Disaster Relief Fund to cover the additional $300 weekly benefit.

As the novel coronavirus forced businesses to shut down in an attempt to slow the spread, which left tens of millions out of work, the U.S. economy contracted by a 33% annual rate in the second quarter, the worst quarterly plunge ever.

The U.S. economy added 1.4 million jobs in August as the unemployment rate unexpectedly tumbled, indicating the nation's labor market is continuing a slow but steady recovery from the pandemic. 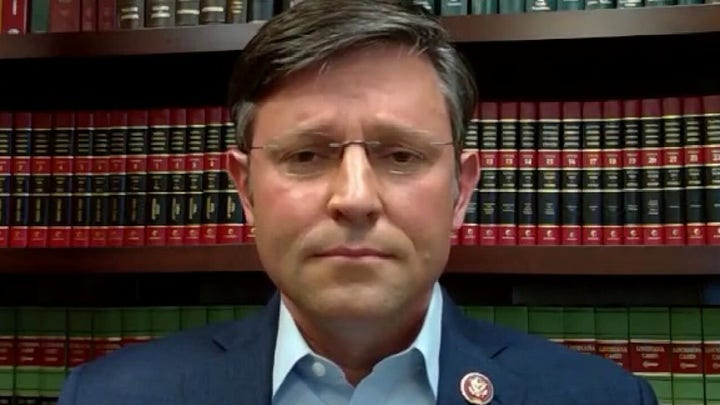 The Labor Department's payroll report released earlier this month showed the jobless rate fell sharply to 8.4%, down from 10.2% in June and a peak of 14.7% in April.

The Fed has already taken a range of extraordinary actions to support the economy, including slashing interest rates to near-zero in March, purchasing an unlimited amount of Treasurys (a practice known as quantitative easing) and launching nine lending facilities to ensure that credit flows to businesses and Wall Street banks.

While the economic outlook has brightened recently, Powell indicated on Wednesday that Congress should pass another emergency relief package to continue aiding the nascent recovery, identifying unemployment aid, small business relief and funding for state and local governments as three key areas.

"More fiscal support is likely to be needed," Powell said. "The details of that are for Congress, not the Fed."

Powell added that “if there isn't additional support, and there isn't a job for some of those people who are from industries where it's going to be very hard to find new work, then … that will start to show up in economic activity.”

“It’ll also show up in things like evictions and foreclosures and things that will scar and damage the economy,” he continued.

When asked where things stand on the current negotiations Meadows said on Thursday, “We’ve had some positive movement in the right direction.”

He explained that he was “on the phone with some Democrat House members … as well as a few senators last night” and that he can see that there are “Republican senators and House members that are trying to come together.” 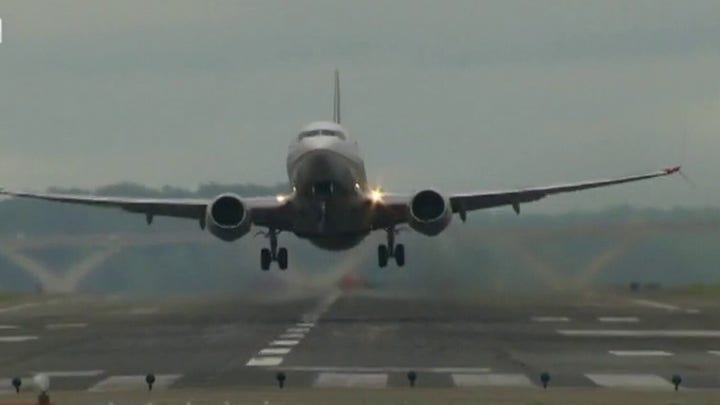 Meadows encouraged everyone “to call on their House member to make sure that they stay here [and] that we negotiate.”

“At least let's use this $1.5 trillion new recommendation as a foundation for new negotiations,” he continued.

Meadows was referencing the compromise coronavirus package unveiled by a bipartisan group of House lawmakers on Tuesday, which worked out some of the thorniest divisions between Democrats and Republicans in an effort to jump-start relief to Americans still reeling from the health and economic crisis.

The Problem Solvers Caucus released its $1.5 trillion coronavirus plan as proof bipartisanship is still afoot and to deliver a pre-packaged solution to Republican and Democratic leadership that would meet the nation's most pressing needs for the next six to 12 months.

Among the highlights of the $1.5 trillion plan include $120 billion for enhanced unemployment aid through January 2021 at a rate of $450 weekly for an eight-week transition period until states can reconfigure to the new system that would provide up to $600 weekly, but not to exceed 100% of the previous wage.

Meadows noted on Thursday that President Trump “was certainly willing to embrace the 1.5 trillion-dollar number that was put out in the last day or so.”

Meadows also stressed the need for more immediate aid for the airline industry as thousands of airline workers are bracing for layoffs at the end of the month unless Congress overcomes the stalemate. Meadows said he was meeting with airline CEOs on Thursday.

“We have got tens of thousands of people that are about to be laid off so if nothing more, let's go ahead and put that package on the floor and pass that because, hopefully, all of us can agree that laying off airline workers at this particular time is not something we should do,” Meadows said.