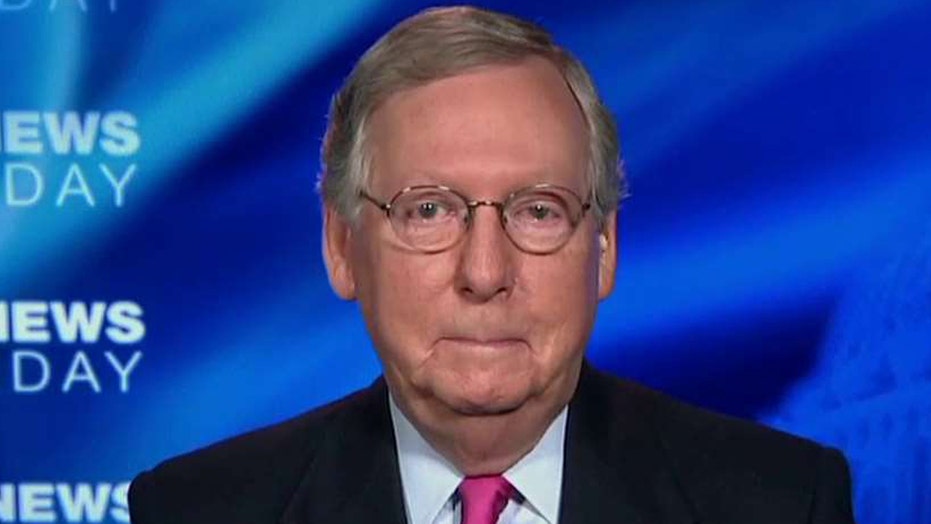 Senate Majority Leader Mitch McConnell tried Sunday to keep Senate Republicans united behind his decision to not hold confirmation hearings this election year for a Supreme Court nominee, saying “the American people should have a voice.”

The Kentucky Republican was standing by his decision, despite increasing pressure to at least hold hearings now that President Obama has nominated appellate Judge Merrick Garland, considered a moderate who might appeal to conservatives and liberals.

“The president nominates. The Senate confirms. The American people should have a voice, not this lame duck president out the door,” McConnell told “Fox News Sunday.” “All we are doing is following the long-standing tradition of not fulfilling a nomination in the middle of a presidential year.”

Several GOP senators have expressed interest in at least holding meetings or hearings for Garland, most notably Illinois Sen. Mark Kirk, who is facing a tough re-election in a blue state.

Democrats need to win five seats in November to take control of the Senate.

White House Chief of Staff Denis McDonough told “Fox News Sunday” that McConnell should allow the Senate to vote on Garland, just as Vice President Joe Biden did when he led the Senate Judiciary Committee in the 1990s.

And he dismissed the notion that Obama chose a more moderate nominee to create problems for 2016 Republican candidates.

“We think the same thing should happen for Judge Garland,” McDonough said. “We don’t think this is an election issue.”

McConnell also downplayed the idea that the GOP-led Senate would confirm Garland between the November general election and when a new president takes office, if a Democrat wins the White House.

“I cannot imagine that the Republican-majority Senate, even if it were soon to be a minority, would want to confirm a judge that would move the court dramatically to the left,” he said.

However, Arizona GOP Sen. Jeff Flake said last week that he would consider Garland's confirmation in a lame duck session.

In the presidential race, GOP candidates Texas Sen. Ted Cruz and Ohio Gov. John Kasich said they would not back a Garland confirmation, though Kasich has suggested Senate Republican leaders should at least meet with him.