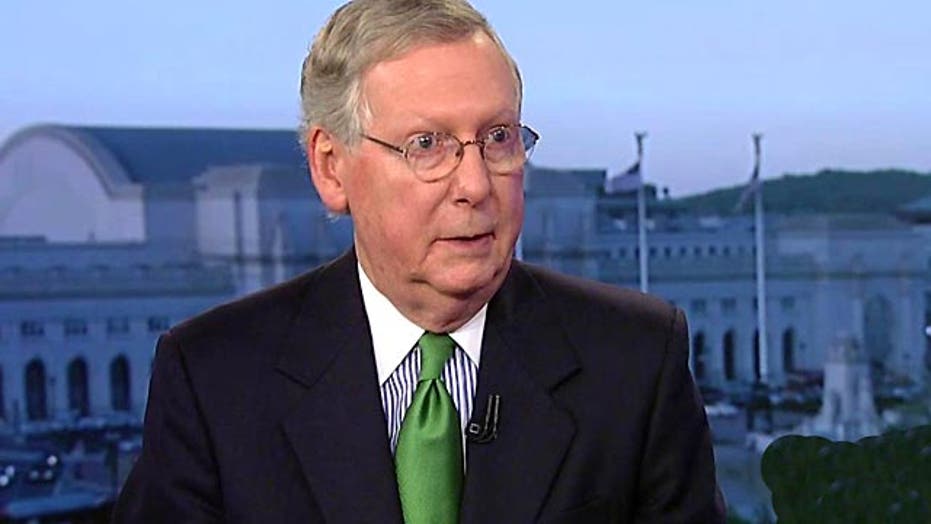 McConnell: The Senate is working again

Senate majority leader lays out his plans for Congress

Senate Majority Leader Mitch McConnell, R-Ky., said on "Special Report with Bret Baier" Tuesday that Republicans in the Senate will offer a proposal to protect the American people “from a very bad law” in case of a Supreme Court ruling striking down ObamaCare subsidies, even as the administration refuses to spell out a ‘plan B’ in case of such a ruling.

“Depending on what the Supreme Court decides, we will have a proposal that protects the American people from a very bad law,” McConnell told Baier.

The Supreme Court case --  King v. Burwell -- challenges ObamaCare by claiming the law stipulates subsidies are intended only for those buying insurance on state-run exchanges, not for those enrolled through the federal HealthCare.gov.

“ObamaCare was the single worst piece of legislation that’s been passed in the last half century,” McConnell said. “The single biggest step in the direction of Europeanizing our country. Premiums are going up, copayments are going up, deductibles are going up. What we will do, Bret, is offer a proposal to protect the American people.”

When asked if there would be some who would call such a proposal a tacit endorsement of the controversial law, McConnell said he would wait for the ruling before announcing specifics.

“Well, I think we have to see what the Supreme Court decides before we announce a proposal to deal with it,” McConnell said.