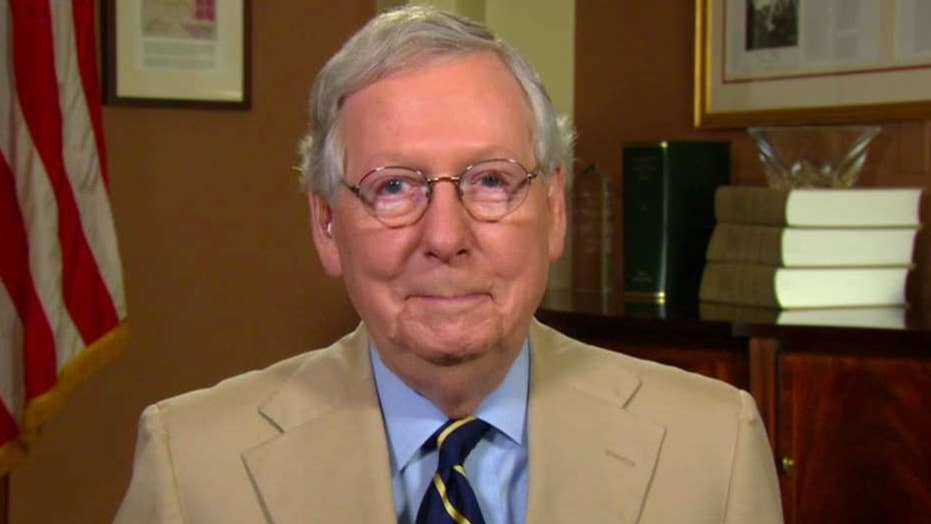 Senate Majority Leader Mitch McConnell on Thursday gushed over his wife Elaine Chao standing up to protesters who tried to confront the couple earlier this week in Washington.

“I loved it. It went viral on the Internet,” McConnell, R-Ky., told Shannon Bream on "Fox News @ Night." “And I've got one tough wife. I'm really proud of her.”

Chao, who is transportation secretary, indeed went viral when video surfaced of her telling a group of male protesters to “leave my husband alone,” outside a Georgetown University event.

McConnell told Fox News that Chao had ignored his advice to just go straight to the car, and decided instead to give them a piece of her mind.

But he apparently was glad she did.

The confrontation came as Republicans and Trump officials have been accosted by activists angry over the separation of families caught crossing the border. The separations were the result of a "zero tolerance" Justice Department policy, but were suspended by an executive order last week.

White House Press Secretary Sarah Sanders and Homeland Security Secretary Kirstjen Nielsen both were hounded out of restaurants over the policy last week.

But security concerns have been raised, including after Rep. Maxine Waters, D-Calif., called on activists to harass Trump officials in public.

McConnell said Thursday that people have the right to demonstrate, but threatening people “is when you step over a line.”

“Look, you know, I'm a big believer in free speech, and sometimes what people say is not great,” he said. “I do think poor behavior is not a great way to convey your views. And I think getting in people's faces in public places and trying to make them uncomfortable certainly is not a great way to sell your point of view."

McConnell is currently in the spotlight over the timeline for the Senate confirmation of whomever Trump picks to replace retiring Supreme Court Justice Anthony Kennedy. McConnell is eyeing a Senate vote in the fall, but Democrats have objected -- noting that McConnell refused to consider Merrick Garland, then-President Barack Obama's pick to replace Justice Antonin Scalia, in 2016 by arguing that it should take place after the 2016 presidential election. 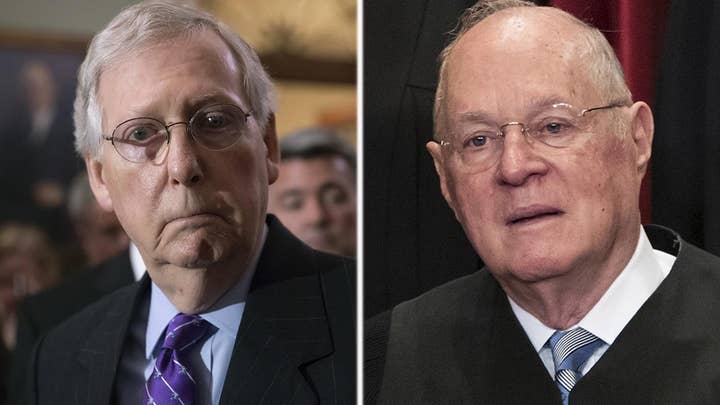 But McConnell shrugged off that claim.