While McCaskill didn’t provide specifics for her planned bill -- after a briefing in Washington with leadership from the U.S. Coast Guard and National Transportation Safety Board -- she released a statement obtained by FOX5 Springfield.

“It’s encouraging to see the professionalism and cooperation between state and local officials and the two federal agencies investigating this tragedy,” said McCaskill, who is up for re-election in November. “I’m grateful to [Branson, Mo.] Mayor [Karen] Best, the Red Cross, and the brave men and women of the Missouri Highway Patrol — particularly the divers, who had the worst job of all today. My deepest condolences continue to go out to those families torn apart by this tragedy.”

“Terrible tragedy on Table Rock Lake last night,” the Republican said. “Erin and I are praying for the families involved and for the missing. My office ready to assist law enforcement as needed in investigation.”

The tragedy has renewed safety concerns regarding duck boats that have dated back years, but apparently went largely ignored. 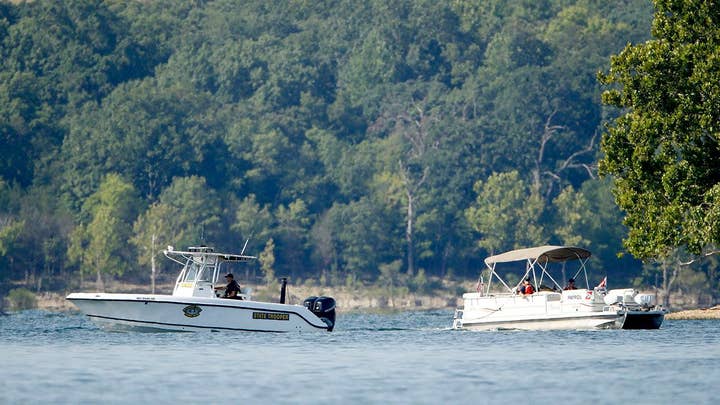 Officials recommended the vessels improve buoyancy so they remain afloat even when flooded, the St. Louis Post-Dispatch reported, citing an NTSB evaluation after a duck boat took on water and sank in Arkansas in 1999, killing 13 people, including three children.

The rules from the agency’s report were never enacted, according to the paper.

Since 1999, 37 people have been killed in duck boat accidents, including the Missouri tragedy.

Discussions on duck boat safety are likely to continue as local and federal agencies investigate the tragedy.