Speaking at a press conference in Arizona, Rick Davis held back his emotions and frequently needed to pause, while reading the late Arizona Republican’s final statement in which McCain stayed true to his reputation for “straight talk” and encouraged Americans not to “despair of our present difficulties.”

“I have often observed that I am the luckiest person on earth. I feel that way even now as I prepare for the end of my life,” Davis read. “To be connected to America’s causes — liberty, equal justice, respect for the dignity of all people — brings happiness more sublime than life’s fleeting pleasures. Our identities and sense of worth are not circumscribed but enlarged by serving good causes bigger than ourselves.”

McCain’s farewell message mixed his deep gratitude and love of country, with veiled shots at President Trump and words of wisdom to his fellow Americans.

The late senator said in his letter that the United States is weakened “when we confuse our patriotism with tribal rivalries,” and “when we hide behind walls rather than tear them down.” 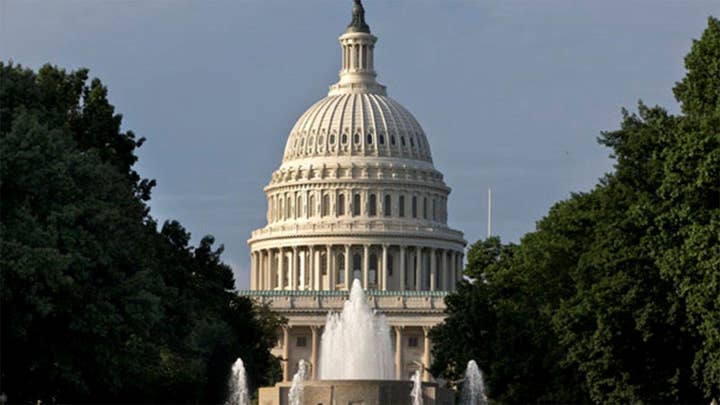 Trump has made building a wall on the southern border one of his signature issues.

McCain and Trump never had an easy relationship.

While the senator stuck by the party’s 2016 presidential nominee, Trump, at times seemingly through gritted teeth — until the release a month before the election of a lewd audio in which Trump said he could kiss and grab women.

Declaring that the breaking point, McCain withdrew his support, and said he would write in “some good conservative Republican who’s qualified to be president.” 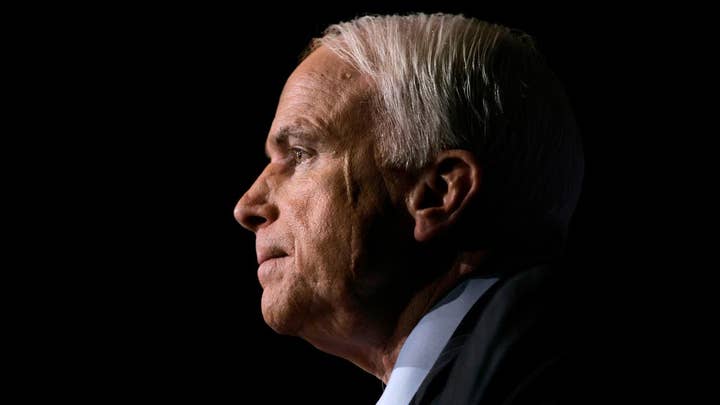 By the time McCain cast his vote against the GOP health bill, six months into Trump’s presidency, the two men were openly at odds. Trump railed against McCain publicly over the vote, and McCain remarked that he no longer listened to what Trump had to say because “there’s no point in it.”

In his final months, McCain did not go quietly, frequently jabbing at Trump and his policies from the remove of his Hidden Valley family retreat in Arizona. He opposed the president’s nominee for CIA director, Gina Haspel, because of her past role in overseeing torture, scolded Trump for alienating U.S. allies at an international summit, labeled the administration’s zero-tolerance immigration policy “an affront to the decency of the American people” and denounced the Trump-Vladimir Putin summit in Helsinki as a “tragic mistake,” in which Trump put on “one of the most disgraceful performances by an American president in memory.

While McCain in his farewell statement made overtures to Americans to cast aside their partisan divides — noting ”we have always had so much more in common with each other than in disagreement” — he closed  by urging  the public not to “not despair” about the country’s current status, but to believe in the country and the American experiment.

“Do not despair of our present difficulties but believe always in the promise and greatness of America, because nothing is inevitable here,” McCain wrote. “Americans never quit. We never surrender. We never hide from history. We make history.”