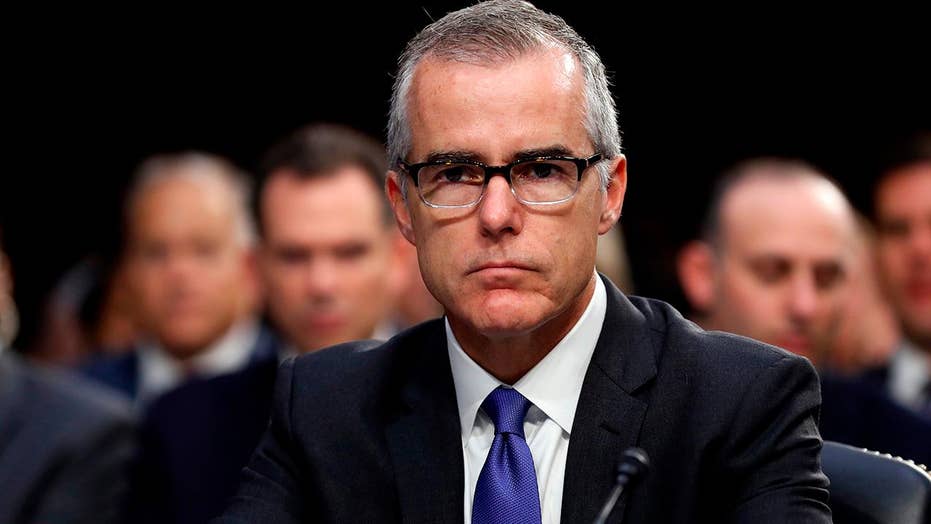 Fired FBI official Andrew McCabe is “upset and disappointed” over comments made about him by his former boss James Comey, a lawyer for the embattled deputy said Friday – a day after it emerged McCabe was the subject of a criminal referral sent to the top federal prosecutor for Washington, D.C.

The Justice Department inspector general asked the U.S. attorney for the District of Columbia to review whether charges are warranted, stemming from a report that found the former FBI deputy director repeatedly lied about a media leak.

Comey has backed the IG’s findings and said Thursday that he "could well be a witness" in a criminal case against McCabe.

McCabe attorney Michael Bromwich on Friday spoke to reporters about the IG report and Comey’s statements. 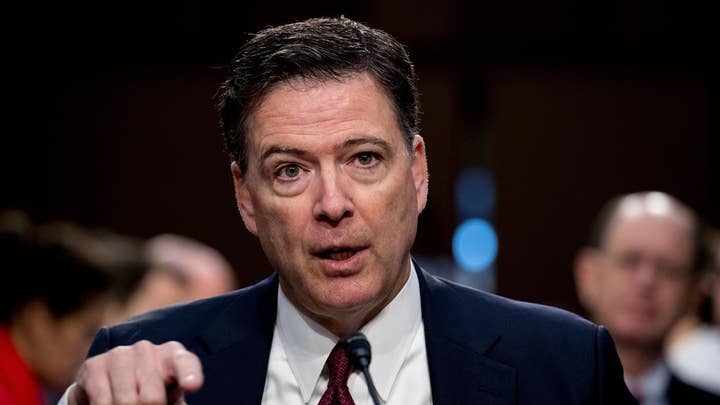 He called the process deeply flawed, and said McCabe maintains he told Comey about the media leak.

Comey and McCabe have given conflicting accounts about that. McCabe has said he told Comey that he had authorized FBI officials to share information with a Wall Street Journal reporter to push back against a story he felt would be unfair and inaccurate.

Comey has said that McCabe did not tell him those specifics, and that he was left with the opposite impression.

Bromwich also said Friday that McCabe was authorized to make the disclosures. He said they learned about the criminal referral a couple weeks, and met with the U.S. attorney.

In a written statement, McCabe’s legal team also voiced confidence that the referral would not result in charges:

“We were advised of the referral within the past few weeks. Although we believe the referral is unjustified, the standard for an IG referral is very low. We have already met with staff members from the U.S. Attorney’s Office. We are confident that, unless there is inappropriate pressure from high levels of the Administration, the US Attorney’s Office will conclude that it should decline to prosecute.”

President Trump, meanwhile, has seized on the Comey-McCabe tensions, tweeting Thursday: "James Comey just threw Andrew McCabe ‘under the bus.’ Inspector General’s Report on McCabe is a disaster for both of them! Getting a little (lot) of their own medicine?"

Comey confirmed earlier this week that he was the one who kick-started the IG probe, by asking for a review of the leaks – inadvertently ensnaring McCabe. But Comey still vouched for McCabe’s character.

"I like [McCabe] very much as a person, but sometimes even good people do things they shouldn’t do," Comey told CNN's "The Lead with Jake Tapper." "I think it is accountability mechanisms working and they should work because it’s not acceptable in the FBI or the Justice Department for people to lack candor. It’s something we take really seriously."