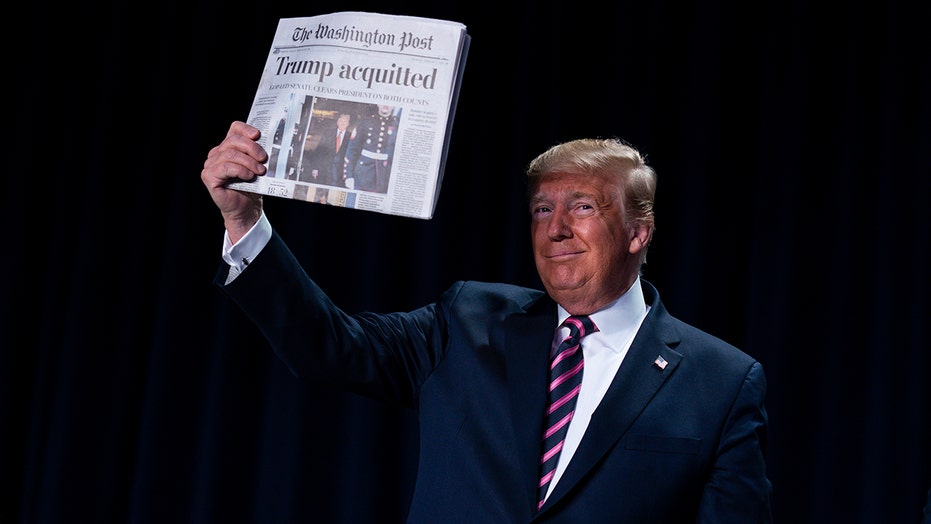 Acquitted: Senate finds Trump not guilty of abuse of power, obstruction of Congress

Despite the failure to get enough votes to convict Trump on the two articles of impeachment on Wednesday, Hirono appeared on CNN and insisted that the president was never truly acquitted.

She continued, "[Trump] can go run around saying he was acquitted, but you don't get acquitted in a rigged trial."

Blitzer pushed back against the senator's claim.

"There was a roll call, guilty or not guilty, not guilty was the majority," Blitzer told Hiromo. "And the Chief Justice of the United States announced that he was acquitted, that he was not guilty."

"But the American public knows that it was a rigged trial, so okay, you're found not guilty in a rigged trial. I don't think that they think that this was all kosher. No, it wasn't," Hiromo shot back. "So meanwhile, you have the president crowing about it, which is totally expected and now it's anything goes for this president and this administration."