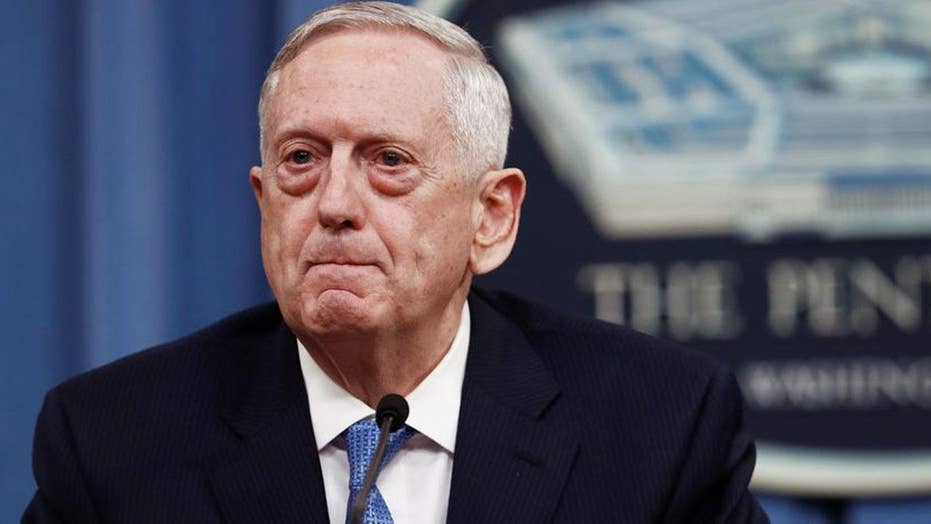 Sec. Mattis: If North Korea fires at the US, it's 'game on'

Defense Secretary Jim Mattis said Monday that if North Korea follows through on its threats to fire a missile at the United States, "it's game on."

Speaking to reporters, Mattis added that the U.S. military would "take out" any North Korean missile it detects is heading for American soil, including Guam, a U.S. territory. Mattis said the U.S. would detect a missile of that nature heading towards Guam "within moments."

Mattis added that if North Korea fires at the U.S., "it could escalate into war very quickly... yes, that's called war, if they shoot at us."

North Korean leader Kim Jong Un guides on the spot the underwater test-fire of strategic submarine ballistic missile in this undated photo released by North Korea's Korean Central News Agency (KCNA) in Pyongyang on April 24, 2016. KCNA/via REUTERS. ATTENTION EDITORS - THIS IMAGE WAS PROVIDED BY A THIRD PARTY. EDITORIAL USE ONLY. REUTERS IS UNABLE TO INDEPENDENTLY VERIFY THIS IMAGE. SOUTH KOREA OUT. TPX IMAGES OF THE DAY - RTX2BDTM (REUTERS)

North Korea has warned it was considering a plan to launch four ballistic missiles to land in the sea just outside Guam.

Asked how the U.S. would respond, Mattis initially declined to say. When pressed, he said that if U.S. radars and other detection and tracking systems determine that a missile was going to fall into the sea, short of Guam, then the matter would be taken to President Donald Trump for a decision on how to respond.

Trump vowed last week that the U.S. would respond to an attack from North Korea with "fire and fury," and is "locked and loaded" should the country come close to attacking Guam.