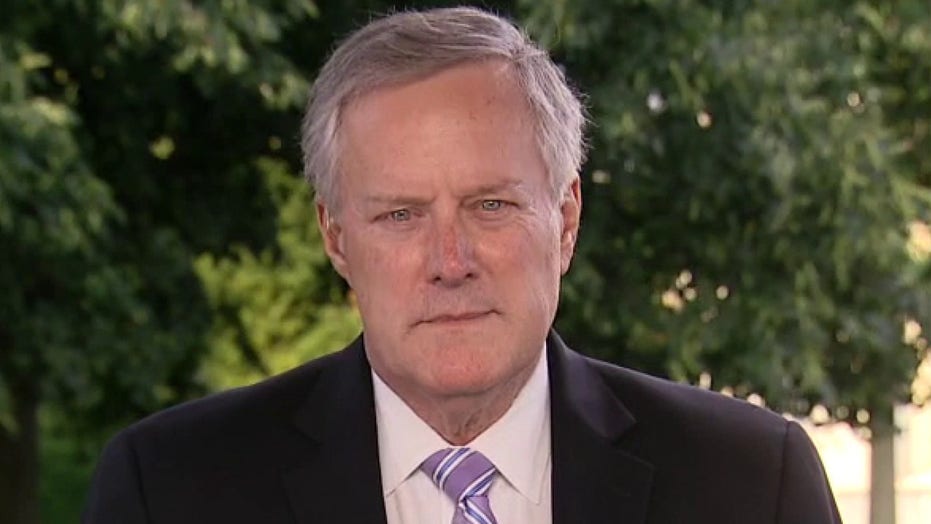 White House chief of staff Mark Meadows said Wednesday President Trump’s health care plan is ready to be rolled out, after months of delay, and will be an “executive action with a legislative component.”

“It’s ready, we’ve been making a number of tweaks and modifications,” Meadows told reporters Tuesday at the White House.

“I think if we look at legislation, nothing gets done in Congress. They can’t even agree on the corona issue,” Meadows said of the COVID-19 pandemic. “Part of the delay is we had to look at legislative parts, and we had to put it in this box, then we had to figure out what to do administratively. We had to get creative with executive powers.”

“What we can do is bring health care costs down through executive action, and with a legislative component," Meadows said. He added that he is “not optimistic” that Congress will “come together” on a health care agreement.

In August the president promised to unveil his long-awaited health care plan by the end of the month. In July, Trump had said the plan would be revealed within the next two weeks.

In July, the president also signed a series of executive orders aimed at lowering the costs of prescription drugs. The orders would allow medications to be imported from other countries, would deliver rebates from drug companies directly to patients and would bypass pharmacy benefit managers and other “middlemen” to deliver discounts for prescription drugs directly to patients.

A final “favored nations” policy would require Medicare to purchase drugs at the same prices paid by foreign countries, which Trump said will prevent the U.S. from continuing to subsidize the cost of research and development for the entire world.

Trump in 2016 campaigned heavily on the promise to overturn the Affordable Care Act, which provides health insurance to those who cannot otherwise afford it, but so far efforts to do so in Congress have failed.

The Trump administration has filed a brief in a highly charged Supreme Court case that has the potential to overturn ACA. The Supreme Court has agreed to hear the lawsuit one week after the election. This is the third challenge to the law that has come before the tribunal since it was enacted in 2010.

Democratic presidential nominee Joe Biden, on the other hand, promised to protect and build on ObamaCare with a public option in his Affordable Care Act 2.0 plan released last summer.