House Intelligence Committee chairman Adam Schiff, D-Calif., was trying to keep the American people in tune with his caucus' activities through the latest hearing on the Russia investigation, Meadows told Sean Hannity Wednesday on "Hannity."

"Here's the thing that dawned on me today, you had another Mueller hearing here -- why was it open? Because they wanted to try to resurrect the whole Mueller narrative and try to do their best to make sure the American people are engaged but the truth of the matter is they didn't get the result they wanted." 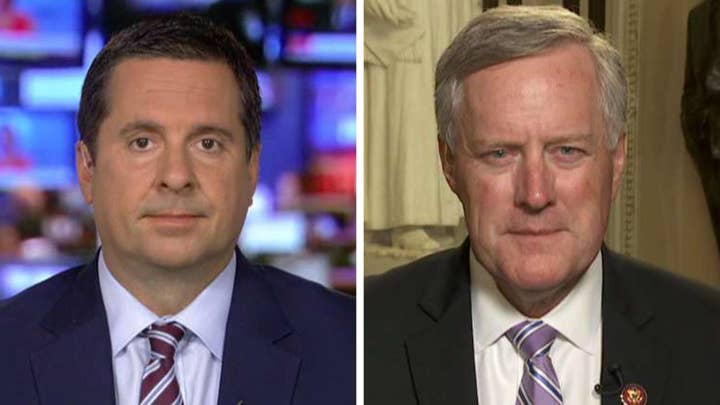 "They will continue to try, but the problem is they know the truth. Even some of the witnesses today here on Capitol Hill, they are supposed to be experts. They haven't even read to the Steele dossier, that's how not credible that was."

Schiff called the hearing to examine what he called the “disturbing findings” of Volume 1 of Mueller’s report. That volume focused on allegations that the Trump campaign colluded with Russian officials during the 2016 campaign.

“Volume 1 of the report outlines a sweeping and systemic effort by Russia to interfere in the 2016 election for the benefit of Donald Trump,” Schiff declared. “It establishes that the Trump campaign welcomed the Russian interference because it expected to benefit electorally from the information stolen and released through the Russian effort.”