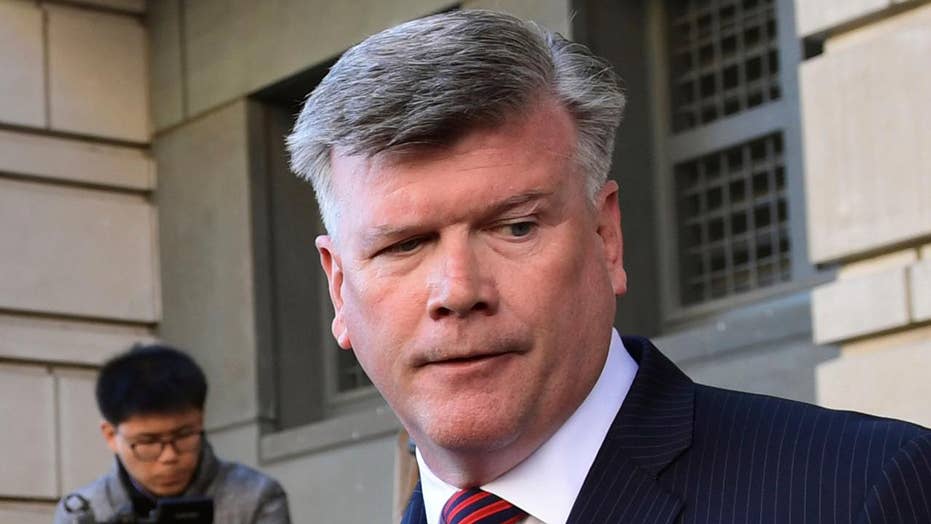 Lawyer for former Trump campaign chairman addresses media after his client pleaded not guilty after being indicted on 12 counts by a federal grand jury as part of the special counsel investigation into Russian meddling.

Former Trump campaign chairman Paul Manafort and his associate Rick Gates pleaded not guilty on Monday after being indicted on 12 counts by a federal grand jury as part of the special counsel investigation into Russian meddling and potential collusion with Trump campaign officials in the 2016 presidential election.

Manafort and Gates pleaded not guilty to all charges. A judge set bond at $10 million for Manafort, and $5 million for Gates. Both sides agreed to home detention.

"President Donald Trump was correct. There is no evidence the Trump Campaign colluded with the Russia government," Kevin Downing, an attorney for Manafort, responded, referencing earlier tweets and statements from the president. "A claim that maintaining offshore accounts to bring all your funds into the United States, as a scheme to conceal from the United States government, is ridiculous."

Downing said outside court earlier Monday that Manafort was "seeking to further democracy and to help the Ukraine come closer to the United States and the E.U."

'This fight is just beginning.'

Glenn Selig, Gates' spokesman, said in a statement Monday that Gates "welcomes the opportunity to confront these charges in court."

"He is not going to comment further until he has had a chance to review the lengthy indictment with his legal team," Selig said. "He would appreciate you respecting his and his family's privacy as they weather this unexpected and hasty proceeding designed to accommodate perhaps political and press considerations rather than his right to have counsel of his choice by his side during the most troubling and challenging day for him and his loved ones."

Manafort and Gates appeared before Magistrate Judge Deborah Robinson on Monday for their initial appearance and arraignment.

More than $75 million flowed through offshore accounts. Manafort, alone, allegedly laundered more than $18 million which was used by the former Trump campaign chairman to buy property, goods, and services in the U.S., while concealing that income from the U.S. Treasury and the Department of Justice.