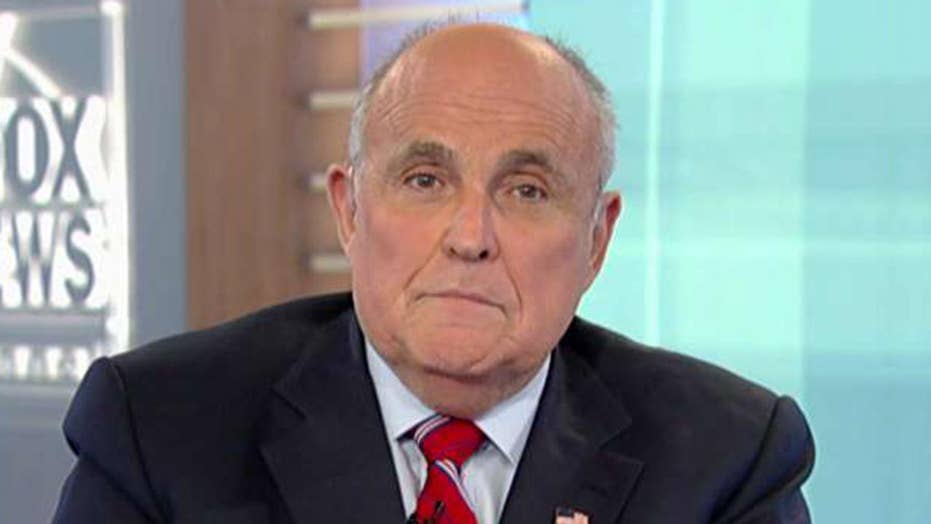 Giuliani told Reuters that Manafort’s lawyer, Kevin Downing, kept in touch with the president’s team regarding his client’s meetings with the investigators probing the alleged collusion between the Trump campaign and Russia.

“He’s just telling me the conclusion that he’s not in a conflicted position with us,” Giuliani said, according to the report.

"He’s just telling me the conclusion that he’s not in a conflicted position with us."

Giuliani said he spoke with Downing as recently as last week under a joint defense agreement that allows two attorneys to speak about their clients without violating attorney-client privilege.

The agreement is considered unusual, according to Reuters, as Manafort already pleaded guilty last month to violating lobbying laws and obstruction of justice. As part of his guilty plea, he agreed to cooperate with the Mueller team.

“If he wants to communicate information, Manafort, he’s allowed to do that. There’s nothing that stops him from doing that,” Giuliani explained, noting that his discussions with Downing were only on issues affecting Trump. “All I’m interested in is: Is there anything we need to know with regard to us?”

The former New York City mayor said Manafort, who met with the Mueller team about a half-dozen times, spoke “about a lot of things, none of which are incriminating with regard to the president.”

Giuliani’s comments came amid reports that Mueller is reportedly set to issue findings of some the core aspects of his investigation shortly after the November midterm elections.

Two sources close to the president's legal team recently told Fox News they believe the Mueller probe is “winding down.”

Mueller will finalize the conclusions related to the questions on whether President Trump’s campaign cooperated with Russia and whether he took any actions that could constitute obstruction of justice.