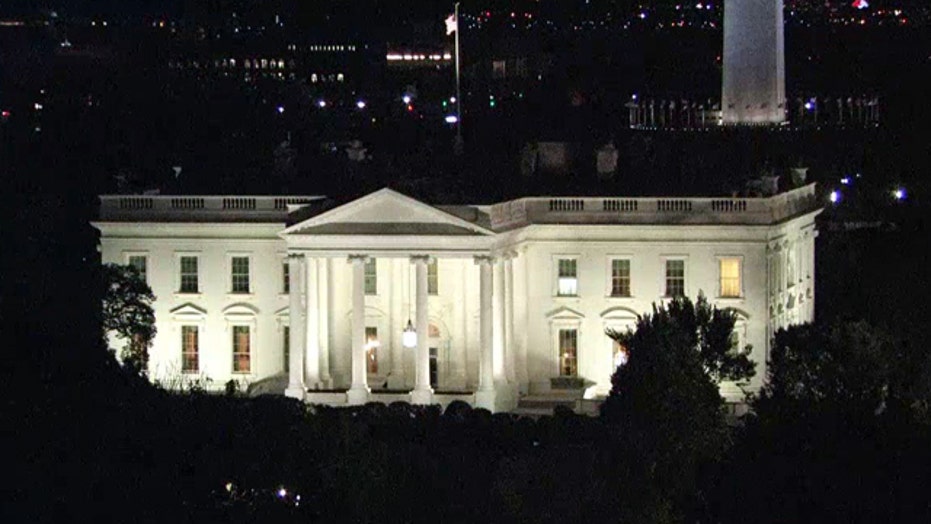 A man was apprehended after he scaled a White House fence Wednesday night, the latest security breach at a time when the Secret Service faces increased scrutiny over its ability to protect the president and his residence.

The man, identified by authorities late Wednesday as Dominic Adesanya, 23, of Bel Air, Md.,  was caught on the North Lawn shortly after he made it over the fence around 7:15 p.m. He was subdued by armed officers and several guard dogs, and was then led through the northwest gate in handcuffs.

President Obama was present at the White House on Wednesday night, though the jumper didn't make it anywhere near the building.

Charges against Adesanya were pending Wednesday night. He was unarmed at the time of his arrest. Two Secret Service K-9 dogs were taken to a veterinarian for injuries sustained during the incident.

Earlier this week, the arraignment of Omar Gonzalez, who allegedly entered the White House after scaling a fence on the north lawn last month, was delayed by a federal judge because of questions about his mental competence to stand trial.

He was brought to court to enter a not-guilty plea to a six-count grand jury indictment accusing him of carrying a knife into the presidential mansion and assaulting two Secret Service officers.

After he was apprehended in the White House on Sept. 19, Gonzalez told a Secret Service agent that he was concerned that the atmosphere was collapsing and needed to get the information to the president so that he could get the word out.

Following his arrest, Gonzalez consented to a search of his car, which contained hundreds of rounds of ammunition, two hatchets and a machete.

Another man was arrested after allegedly scaling the White House fence on Sept. 11. The Secret Service has also been under scrutiny after nearly two dozen agents were disciplined or fired as part of a 2012 incident in which Secret Service personnel brought prostitutes into their hotel in Cartagena, Colombia ahead of President Obama's trip to the Summit of the Americas in April 2012.