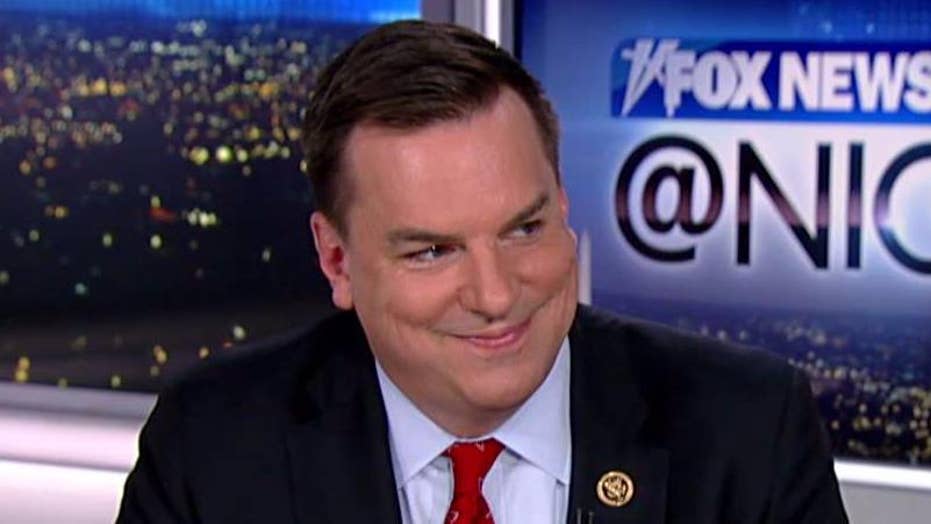 Gun-rights supporters are eyeing a big win this week as a bill that would make concealed-carry permits valid across state lines heads to the House floor -- though it faces long odds in the Senate amid deep-pocketed opposition from gun-control advocates.

“This is just simple, common-sense legislation that says if you’re a law-abiding citizen … we’re not going to turn you into a criminal just for crossing an invisible state line,” bill sponsor Rep. Richard Hudson, R-N.C., told “Fox News @ Night.”

Hudson says the bill simply attempts to clarify the patchwork of state laws that confuse citizens who can unwittingly get arrested when traveling from state to state.

“All I’m saying is, when I cross the state line, I don’t want to automatically become a criminal,” he said.

The three-term congressman also is quick to point out the measure does not attempt to usurp state and local authority with federal law, nor does it ease background checks on gun purchases.

The bill has 213 cosponsors, including three Democrats, and backing from 24 state attorneys general.

Hudson has tried for several years to get his Concealed Carry Reciprocity Act passed and scored a victory several days ago when it got through the House Judiciary Committee.

The full House is set to vote on Wednesday.

The bill also has support from Second Amendment advocacy groups like the powerful National Rifle Association.

However, Hudson acknowledges the bill has an uphill challenge in the Senate, considering opposition from Minority Leader Chuck Schumer, D-N.Y., and Michael Bloomberg, the wealthy ex-New York mayor who purportedly is giving $25 million to the fight.

Schumer, in the wake of the Las Vegas massacre in October, slammed such reciprocity legislation and the NRA’s support.

“Under this law, if Wyoming or Alabama said any person could carry a concealed gun, they could come to Times Square, Penn Station carrying that gun -- concealed,” he said. “The chaos that would result would be utterly amazing.”

Hudson argues his bill says law-abiding citizens with concealed-carry permits must follow that law of the state they are in.

“When I go to New York, I have to follow New York’s laws,” he said.

Bloomberg founded and bankrolls the Everytown for Gun Safety group, which advocates for gun control and efforts to stop gun violence.

The group did not respond to a request Monday to confirm that Bloomberg had indeed put $25 million into the reciprocity fight, which has become a top priority for the nonprofit.

“The American people are sick of the liberal elites in New York and San Francisco trying to tell us … that we don’t have the right to defend ourselves,” Hudson also said.

In one such reciprocity case, a Philadelphia mother faced gun charges in New Jersey after being caught during a traffic stop with a firearm she carries legally in her home state. New Jersey Gov. Chris Christie later pardoned her.

The Senate companion bill to Hudson's measure is sponsored by Texas GOP Sen. John Cornyn and is now in the chamber’s Judiciary Committee.

In 2013, Cornyn got support for his bill from 13 Democrats, including seven who are still in the Senate. He would need their support and more to pass the measure with a 60-vote majority, considering Republicans have 52 senators in the chamber.