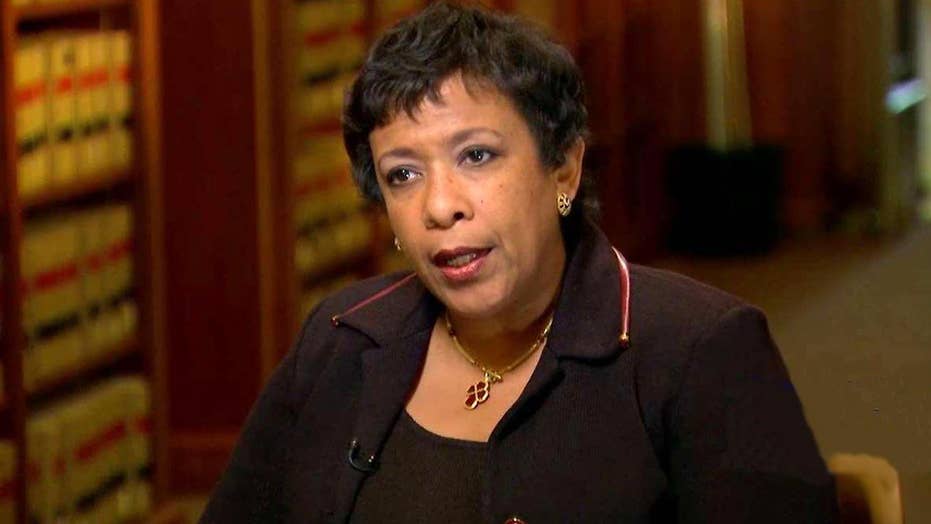 Attorney General Loretta Lynch said Monday in an interview with Fox News that the Justice Department has no deadline for concluding the Hillary Clinton email investigation and that it’s being handled “like any other review,” even with the presidential election just months away.

Lynch said on "Special Report with Bret Baier" that the investigation is being handled by the agency’s “career independent lawyers” and that they will “review the facts and the evidence and make a determination in due course.”

Lynch, nominated by President Obama to the attorney general post in 2014, also said the agency would look “efficiently, fairly, thoroughly, without any kind of artificial deadline” into whether Clinton broke any laws as secretary of state by using a private email server for official communications.

In a wide-ranging interview, Lynch also said she thinks the federal government has a legal right to evidence on an Apple cellphone connected to the San Bernardino massacre, despite what the company says.

“This case is really about … the government's need to access evidence as we do in every single case that may be found on an electronic device,” Lynch said.

She said the government went to court to prove to Apple that the company has the legal authority to access the evidence, then Apple chose not to do so.

“We went back to court and said, ‘The law says that third parties can be required to help us gain access to evidence,’ and the court said, ‘yes,’ ” Lynch said. “That's where we are now.”

She also said the request is only to disable a feature to gain access to information, not about encryption.

Lynch said she “cannot predict” whether the case will eventually reach the Supreme Court.

Lynch was steadfast in declining to discuss specifics about the Clinton case -- including whether Clinton has been interviewed, if a grand jury had been convened, which departments within the agency are involved and whether she would ultimately decide whether the case will go forward.

“We handle it in the same way, and that's what I'd like to convey to the American people,” she said. “We owe it to the citizens and we owe it to anybody who may be involved in the matter.”

She also declined to comment on Clinton's then-chief of staff Cheryl Mills maintaining her top secret security clearance despite sending information that's now being classified to the Clinton Foundation.

She also downplayed speculation that she is being considered to fill the Supreme Court vacancy, saying she hasn’t had such conversations and is “extremely happy” with her job as attorney general.