Los Angeles Mayor Eric Garcetti, the city’s Democrat widely seen to have national ambitions, was roundly mocked on Twitter late Sunday after he urged residents to turn off major appliances to conserve energy during a historic heatwave.

“It’s almost 3 p.m.,” Garcetti’s tweet read. “Time to turn off major appliances, set the thermostat to 78 degrees (or use a fan instead), turn off excess lights and unplug any appliances you’re not using. We need every Californian to help conserve energy. Please do your part.”

Fox 11 reported that thousands of residents across Los Angeles County were without power and a California Independent System Operator declared a Stage 2 Emergency, which means the city is “taking all the steps to protect the grid, manage transmission loss and avoid outages.”

Garcetti’s tweet got the attention of Eric Trump, one of President Trump’s sons,  who tweeted, “Hard to believe this tweet is real from the Mayor of LA. This is what the democrats will do to this country... #Blackouts.”

Another commenter posted,  “What do our extremely high taxes pay for? Police have been defunded. Public schools are not in session. Where’s the money and resources going?”

Garcetti’s office did not immediately respond to an email seeking comment from Fox News. 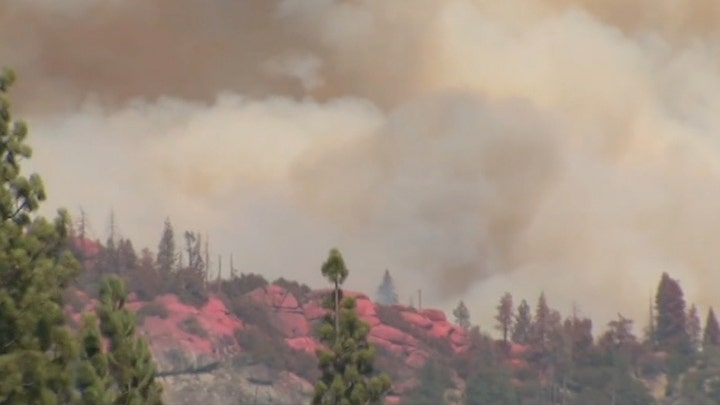 Eric Schmitt, vice president of operations for the California Independent System Operator, which the Los Angeles Times said runs the power grid for much of the state, told the paper there could be power cuts to up to 3 million customers in the state.

“I think it’s fair to say that without really significant conservation and help from customers today that we’ll have to have some rolling outages,” he told the paper. “So this is really an appeal for people to help us out to get through what will prove to be a very, very difficult day.”

It was the highest temperature ever recorded in Los Angeles County, according to the National Weather Service. The mark rivaled the high in California's Death Valley, typically the hottest place in the country.

About 7 p.m., the California Independent System Operator declared an emergency and said power outages were imminent because a transmission line carrying power from Oregon to California and another in-state power plant went offline unexpectedly. The cause of the outages is unknown at this time, the agency said. But about 8:30 p.m., the agency issued a tweet calling off the emergency "thanks to conservation of Californians!"

It said no power outages were ordered by operators of the grid.