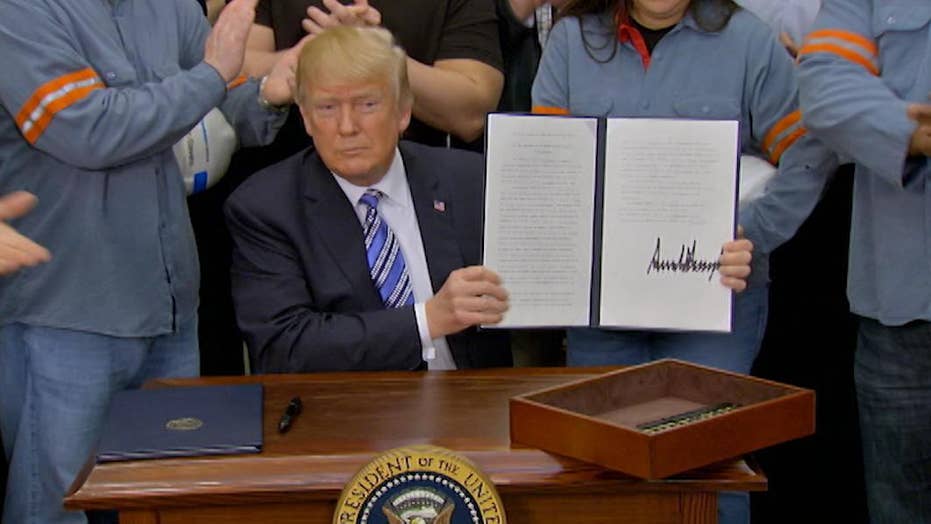 Workers divided on tariffs cast a shadow over election

PITTSBURGH – President Trump announced this summer, amid much fanfare, that he would breathe new life into the country’s steel industry, which has been in steady decline since the 1970s.

The president imposed tariffs on aluminum and steel imports to drive domestic demand back to U.S. producers – a move that injected some financial relief to the nation’s largest steel producers. ArcelorMittal, the nation’s largest steelmaker, reported its highest quarterly profit in seven years after the tariffs were announced, while U.S. Steel, another industry giant, is forecasting a 60-percent increase in pre-tax profits for the upcoming quarter.

Jeff Astle, the president of Local USW 9531, and an employee at Universal Stainless, said his union signed a contract that he claims is the best one they have had in 23 years.

“There was once upon a time I was only working 40 hours a week, barely, but now business is thriving – we are working so many hours it's not even funny,” he said.

But some steelworkers complain that not everyone in the industry is feeling a windfall. They say that steel profits are not trickling down to low-level workers.

As a result, some steelworkers, a key voting bloc for President Trump, are not rallying behind him, presenting a potential liability in critical midterm elections.

“I’m proud to be a steelworker,” said Henry Polite, a material handler with Universal Stainless, a Western Pennsylvania plant. “But I would just like to see more concern for the underdog [the workers], than just the higher-ups.”

Some steelworkers are so frustrated that they are planning a walkout. At the nation’s two largest steel producers, ArcelorMittal and U.S. Steel, nearly 31,000 steelworkers have granted union negotiators the power to call a strike.

The group responsible for roughly half of America’s steel production is demanding higher wages. The companies are offering modest wage increases but they are pushing for workers to take on a greater share of their health-care expenses via higher premiums and copays, in order to reduce the cost of their health benefits.

Steelworker unions are calling the proposals an insult to workers who sacrificed raises just a few years ago, when the industry was struggling.

“Top company officials have given themselves more than $50 million in pay and bonuses since 2015 while the hourly workforce has not received a wage increase over the same period," according to a press release from United Steel Workers Union.

Some steelworkers, a key voting bloc for President Trump, are not rallying behind him, presenting a potential liability in critical midterm elections.

As union presidents were briefing their members about the potential of an upcoming strike, ArcelorMittal USA’s president and CEO released a statement about the company’s view of the status of contract negotiations.

“ArcelorMittal is committed to continuing to negotiate in good faith with (United Steelworkers) to reach a mutually beneficial agreement for both parties,” John Brett said. “Our proposal increases both wages and pensions while addressing our competitive disadvantage in health care costs relative to other steel and competing material producers.”

Darrin Kelly, president of the Allegheny/ Fayette Central Labor Council, believes if contracts aren’t finalized soon, thousands of frustrated steelworkers will walk out – sparking a huge disruption in production, and greater uncertainty at the polls.

“This presidential election was sold as ‘we are bringing the steel industry back to Western Pennsylvania, back to America,’ and yes production has increased,” said Kelly. “But where did it benefit the workers? It hasn’t.”

Soren Fanning, a history professor at Robert Morris University, said these frustrations could be telling for the upcoming midterm election in a region where Trump won in 2016 by less than 80,000 votes.

“People vote their frustrations,” Fanning said. “[And] right now what you’re seeing amongst steelworkers is a real sense of urgency that these promises of better conditions, more purchasing power, more health care get fulfilled and, if they don’t, they are going to go with the party of change.”