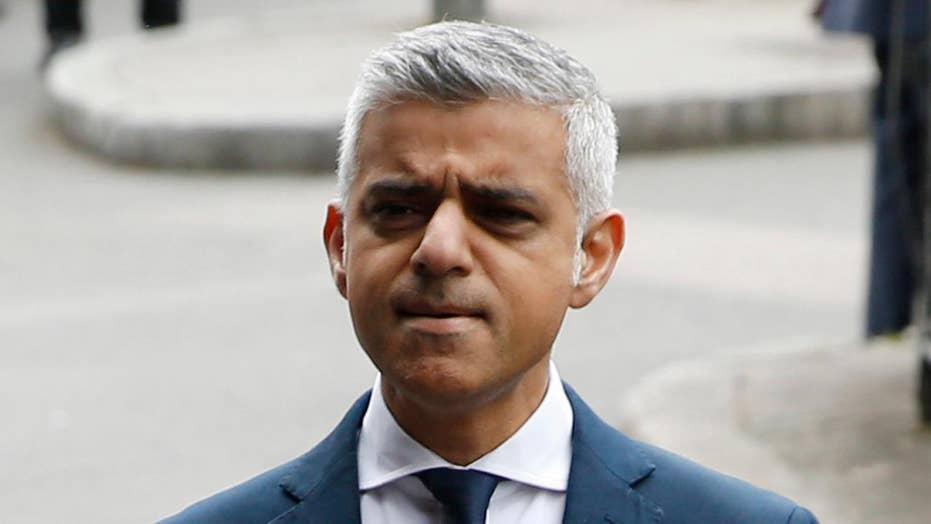 Speaking on Channel 4 News, Khan said Britain should not be “rolling out the red carpet to the president of the USA in the circumstances where his policies go against everything we stand for,” when asked whether the visit should be called off.

The comment comes amid a spat between the two leaders in the wake of Saturday’s London terror attack. Trump initially had criticized Khan for a post-attack quote in which the mayor said there was “no reason to be alarmed.” Khan’s comment was in the context of a broader quote regarding a bolstered police presence, but Trump on Sunday night suggested the mayor was downplaying the terror attack itself.

“At least 7 dead and 48 wounded in terror attack and Mayor of London says there is ‘no reason to be alarmed!’” Trump wrote.

Khan brushed off Trump’s initial censure, with his office saying the mayor “has more important things to do than respond to Donald Trump's ill-informed tweet that deliberately takes out of context his remarks urging Londoners not to be alarmed when they saw more police — including armed officers — on the streets.”

It’s unclear whether the dispute will have any broader implications for the visit agreed to during Prime Minister Theresa May’s January visit to Washington.

No date has been set, and British Foreign Secretary Boris Johnson reportedly said Tuesday he saw no reason to cancel the Trump trip.

But Khan, who made a similar call to block Trump's visit back in February, suggested in the Monday interview he sees his stance as one of tough love for an important ally.

“I think one of the things, when you have a special relationship it is no different from when you have got a close mate. You stand with them in times of adversity but you call them out when they are wrong,” he said. “And there are many things about which Donald Trump is wrong.”