President Biden's nomination of Austin, who retired from the Army in 2016 after 41 years of service, was confirmed by the Senate in a 93-2 vote. Austin has had a long-standing relationship with Biden as he served as commander of U.S. and coalition forces in Iraq during President Obama’s first term in office. But Austin’s path to secretary of defense had been met with opposition from within Biden’s own Democratic Party over concerns about installing a military figure in a position traditionally reserved for civilians.

"It’s an honor and a privilege to serve as our country’s 28th Secretary of Defense, and I’m especially proud to be the first African American to hold the position," Austin tweeted Friday. "Let’s get to work."

Lloyd Austin, a recently-retired Army general, speaks during his conformation hearing before the Senate Armed Services Committee on Capitol Hill on Tuesday. (AP)

Congress on Thursday approved a waiver for Austin to serve in the civilian position. Under law, a retired service member must be out of the military for seven years in order to be named defense secretary.

Although many previous defense secretaries have served briefly in the military, only two before Austin -- George C. Marshall and James Mattis -- have been career officers.

That measure passed the Senate by a 69-27 vote, but in the House – where it also passed 326-78, the members of "The Squad" and Iraq War veteran Seth Moulton were among the prominent Democrats to object.

"Civilian control of the military is fundamental to our democracy so I don’t think this is the time to make an exception," Moulton, of Massachusetts, told Politico in December while explaining his stance. "Almost by definition a recently retired general is by all intents and purposes thinking like a general."

Austin was involved in the Iraq War from start to finish. He served as an assistant commander of the 3rd Infantry Division during the invasion of Iraq in March 2003 and oversaw the withdrawal in 2011. When Austin retired in 2016, Obama praised his "character and competence," as well as his judgment and leadership.

Austin also served in 2012 as the first Black vice chief of staff of the Army, the service's No. 2-ranking position. A year later he assumed command of U.S. Central Command, where he fashioned and began implementing a U.S. military strategy for fighting Islamic State militants in Iraq and Syria.

And like many retired generals, Austin has served on corporate boards. He is a member of the board of directors of Raytheon Technologies, a prominent U.S. defense contractor -- but said during his confirmation hearing he would recuse himself from defense matters involving Raytheon Technologies for four years.

Austin, from Thomasville, Ga., is a 1975 graduate of the U.S. Military Academy at West Point. He holds master's degrees in education and business management from Auburn University and Webster University, respectively, according to his biography on the Department of Defense website.

Throughout Austin’s military career he has been awarded the Defense Distinguished Service Medal, the Silver Star and Army Commendation Medal, amongst other recognitions, it adds.

Though Biden applauded Austin’s ability to lead troops from Iraq, a fellow military man, the late Sen. John McCain, R-Ariz., did not agree with Austin’s recommendation on how to handle Syria in an infamous 2015 hearing on combating ISIS.

"Basically general, what you’re telling us is everything if fine as we see hundreds of thousands of refugees leave and flood Europe as we’re seeing now – 250,000 Syrians slaughtered," McCain said to Austin after the USCENTCOM Commander said he would not recommend a "buffer zone" to allow the Syrian refuges to escape to, as it would require U.S. forces.

"I’ve never seen a hearing that is as divorced from the reality of every outside expert in what you are saying," the late senator said during an awkward moment as the general looked on at the Senate Armed Services Committee chair. 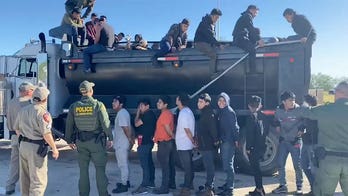