A Pennsylvania state court issued an injunction Wednesday blocking any potential further certification of election results in the state, pending a hearing to be held Friday.

The order from Judge Patricia McCullough comes in the case brought by Pennsylvania voters including Rep. Mike Kelly, R-Pa., in which they allege that a state law allowing for no-excuse absentee voting violated the Pennsylvania constitution, which outlines specific cases where absentee voting is allowed. 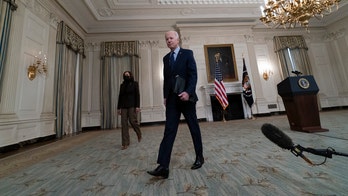