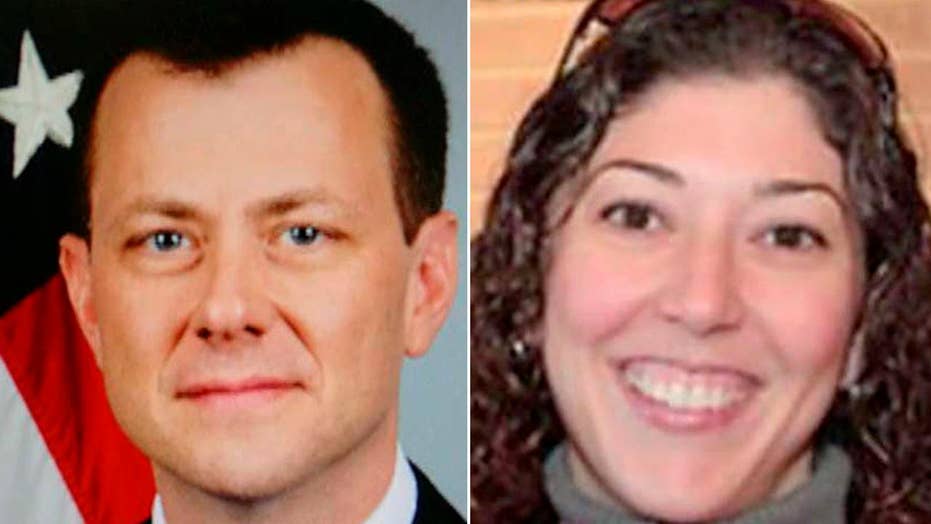 Former FBI lawyer Lisa Page is expected to appear at a closed-door deposition in front of the House Judiciary and Oversight Committees on Wednesday, just one day before former bureau colleague and lover Peter Strzok is set to testify publicly about the start of the Russia investigation.

A congressional source told Fox News on Monday that the judiciary committee issued a subpoena to Page, but noted that it was unclear whether Page’s attorneys and the committee would work out an agreement ahead of the Wednesday morning interview so that her testimony would be considered voluntary.

Attorneys for Strzok, who gave his private interview last month, and the committee agreed to a similar arrangement after he was subpoenaed.

Page is expected to face a grilling in the joint interview. For months, the attorney has been caught in the crosshairs of investigation into Russian meddling and potential collusion with Trump campaign associates in the 2016 presidential election, amid revelations that she and Strzok exchanged hundreds of politically charged, anti-Trump text messages.

Page served in the FBI’s office of general counsel, and also served on a brief detail in 2017 on Special Counsel Robert Mueller’s team. Page resigned from the FBI this past May. 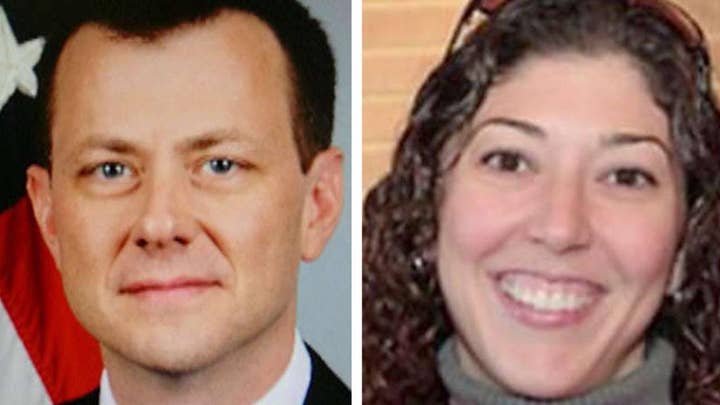 Page and Strzok returned to the spotlight last month, upon the release of Justice Department Inspector General Michael E. Horowitz’s long-awaited report on the FBI’s handling of the Clinton email investigation.

The report included a new text message between the two, where Strzok vowed to “stop” Donald Trump from becoming president.

The inspector general’s report noted that he was specifically concerned about text messages exchanged between Strzok and Page that “potentially indicated or created the appearance that investigative decisions were impacted by bias or improper considerations.”

The inspector general ultimately found no evidence that any anti-Trump bias among several FBI agents made a significant impact on prosecutorial decisions in the Clinton email probe.

“Strzok was smug, defiant and laughed off a lot of questions,” one congressional source told Fox News after the interview. The source also said Strzok refused to answer some questions on advice of counsel.

Another source told Fox News that Strzok “said he regretted sending the texts.” 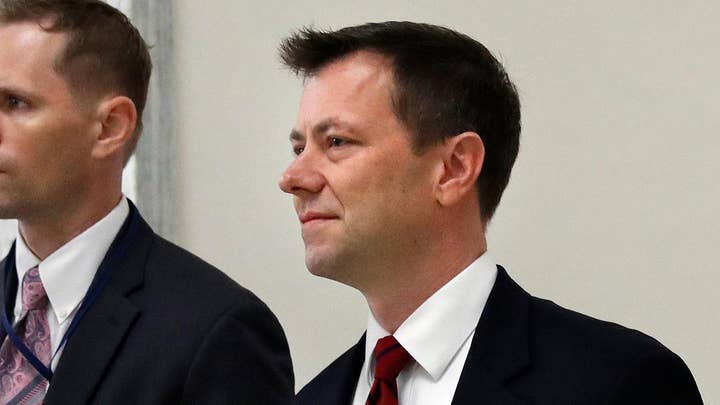 The discovery of the anti-Trump messages exchanged with Page ultimately got him booted from Mueller’s team and reassigned to the FBI’s office of human resources. But last month, Strzok was escorted from his FBI office and lost his security clearance.

Strzok is set to testify before the House Judiciary and Oversight Committees on Thursday for a public hearing, and is expected to face questions from lawmakers on his involvement in the start of the FBI’s Russia probe.

Strzok’s attorney, Aitan Goelman, has urged the committees to release a transcript of Strzok’s closed-door interview to the public.

The inspector general last month confirmed he was investigating whether any anti-Trump bias from Strzok factored into the launch of the FBI’s Russia investigation.