Grassley and Graham both played high profile roles in the confirmation hearings of Supreme Court Justice Brett Kavanaugh, standing out as staunch defenders of Kavanaugh.

Grassleypreviously served as chairman of the Senate Finance Committee in 2001 and again from 2003 to 2007.

Based on seniority, Graham is poised to be named chairman of the Senate Judiciary Committee. Graham, a close ally of President Trump, would oversee the president's judicial nominations.

“The economy is better than it’s been in years and there’s a sense of optimism about the future of our country that people haven’t felt in a long time thanks to the pro-growth policies of a Republican President and a Republican majority in Congress,” Grassley said in a Friday statement. “Looking ahead, at the Finance Committee, I want to continue to work to make sure that as many Americans as possible get to experience this good economy for themselves."

“He chaired the committee with a steady hand, sense of fundamental fairness, and resolve,” Graham said. “His leadership serves as a model to us all.” 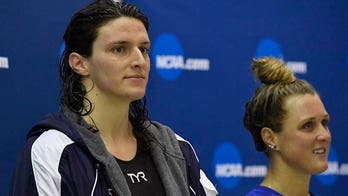