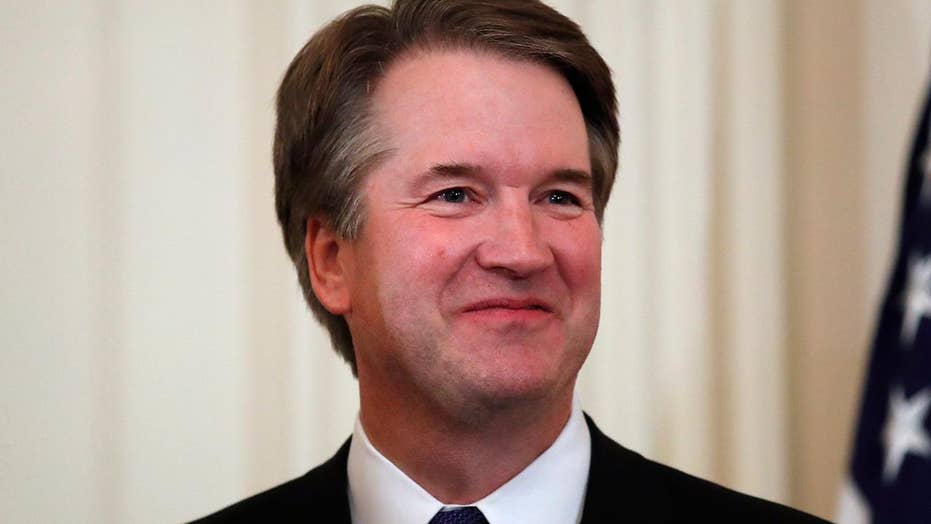 Stage is set for a brutal confirmation fight for Kavanaugh

Democrats plan to paint the Supreme Court appointee as a threat to abortion rights.

A liberal Democratic group says it is leaving “no stone unturned” to get its hands on any damaging information about Supreme Court nominee Brett Kavanaugh amid the upcoming contentious confirmation battle in the U.S. Senate.

American Bridge, a liberal political action committee that raised nearly $20 million in the last election, reportedly sent one of its political researchers to the George W. Bush Presidential Library in Dallas this week to comb through its voluminous archives for any troubling information about Kavanaugh's five years as a staff secretary and aide to the former president.

"We believe the public deserves to know the truth about Trump's nominee's beliefs, record, and qualifications, so we are undertaking an aggressive and thorough vet of Brett Kavanaugh," Harrell Kirstein, communications director for American Bridge, told the Dallas Morning News. "We're leaving no stone unturned. The stakes are too high."

"We're leaving no stone unturned. The stakes are too high."

The rush to find so-called opposition research came after President Donald Trump on Monday named Kavanaugh as his choice to succeed Justice Anthony Kennedy on the nation's highest court.

The retirement of Kennedy, who will turn 82 on July 23, alerted progressives and liberals, who fear that Trump’s appointee could swing the court rightward for decades to come.

The liberal PAC revealed Tuesday that it will pursue multiple Freedom of Information Act requests and send its operatives to the library to find out about Kavanaugh's political work. Researchers will also look at the nominee’s corporate and nonprofit ties and other records.

The group admits it won’t be focusing on Kavanaugh's career or conduct legal vetting, but instead will target his personal life and views on issues in a bid to uncover “new information to add to the conversation.” 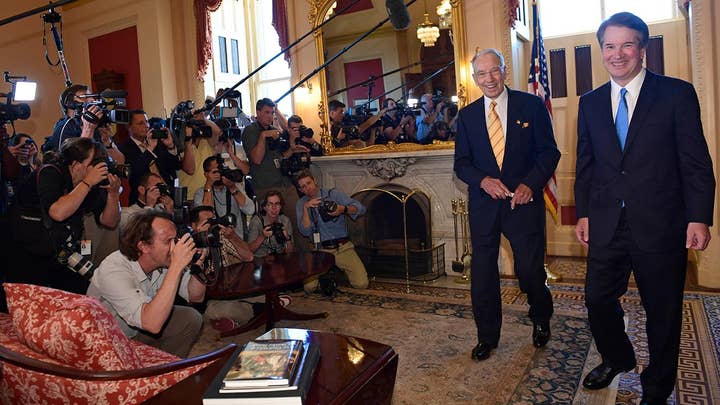 With Republicans holding a delicate 51-49 majority in the Senate, Democratic political groups see the opportunity to obstruct and block the confirmation of Kavanaugh as long as they’re able to flip at least a couple moderate Republicans by focusing on the nominee’s past work and views on issues like abortion and presidential power.

Yet, most Republicans are excited about the choice, energized by the prospect of making the Supreme Court more conservative. Kavanaugh also benefited from a ringing endorsement from former President George W. Bush.

"Brett is a brilliant jurist who has faithfully applied the Constitution and laws throughout his 12 years on the D.C. Circuit," Bush said in a statement Monday. "He will make a superb Justice of the Supreme Court of the United States."

Yet the time in the Bush administration could become the primary source of ammunition for the liberal groups against the nominee.

Democrats are increasingly critical of Kavanaugh – in the wake of Special Counsel Robert Mueller’s investigation into the campaign’s collusion with Russia – for once penning an article saying presidents shouldn’t face investigations and lawsuits, calling them “time-consuming and distracting,” the Dallas Morning News reported.

"You don't have to be a Supreme Court expert to know that Kavanaugh is going to rubber stamp Donald Trump's extreme and dangerous agenda from the bench," American Bridge President Bradley Beychok told the newspaper. "Kavanaugh is a career political hack and from the bench he has even backed the Trump's administration efforts to limit access to abortion."