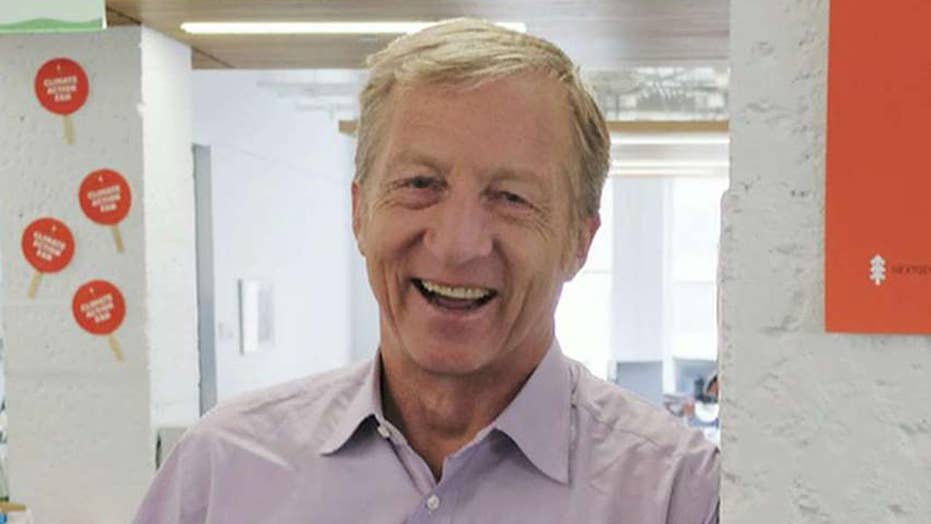 Liberal billionaires are throwing hundreds of millions of dollars behind the Democratic Party in the upcoming midterm election in November, raising questions whether the so-called "blue wave" is really a grassroots effort that activists led many to believe.

Hundreds of Democrats in this election cycle came out against the influence of America's super-rich. "We’ve got people; they’ve got money," New York Democratic socialist candidate Alexandria Ocasio-Cortez, who won against top Democrat Joe Crowley earlier this year, declared in a campaign ad.

Many progressive candidates have since followed suit, making the pledge not to take money from the PACs financed by the ultra-rich, while simultaneously slamming Republicans for continuing, in their view, to rely on the multi-million dollar support from the rich.

But as Democrats shun direct donations from the billionaires, they pour hundreds of millions into groups aimed at mobilizing voters and running ads against their political opponents. 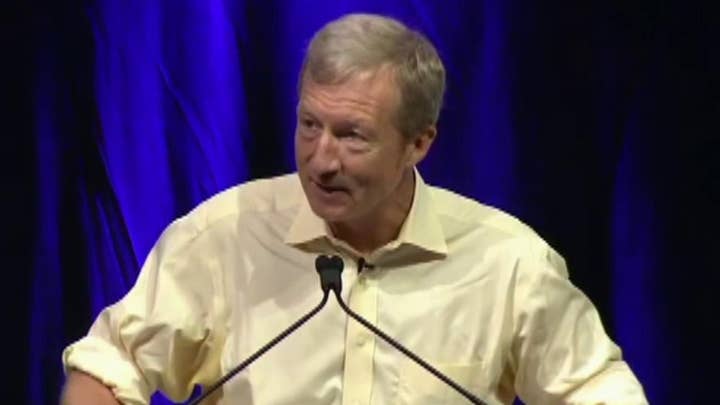 Left-wing billionaire Tom Steyer is gearing up to spend at least $110 million this election cycle in a bid to push the Democratic Party leftward and unseat dozens of Republicans.

So far he has spent over $41 million in disclosed donations on outside groups between 2017 and 2018, according to the Center for Responsive Politics.

Just this year, he already plowed over $30 million into midterms on NextGen Rising, a campaign to increase millennial turnout in elections in tens of Republican-controlled congressional districts and some swing seats currently occupied by Democrats, the Washington Post reported.

Among the particular races, Steyer directed his network of political groups to spend over $5 million on Andrew Gillum, a Democratic candidate for governor of Florida, in a bid to elect a non-Republican governor for the first time this century.

Steyer is also funding a multi-million dollar to impeach President Trump, dubbed Need to Impeach. The billionaire doubled his investment in the group from $20 million to $40 million, while not ruling out that he will give even more money, according to Politico.

In August, he slammed the Democratic Party’s establishment for lacking “common sense” for hesitating to push to remove Trump from office.

“Not a single person in the Senate Democratic Caucus has shown the common sense or the sense of right and wrong to support impeachment,” he said. “There hasn’t been a serious effort to introduce a motion for impeachment in the House since December, that’s eight months ago.” 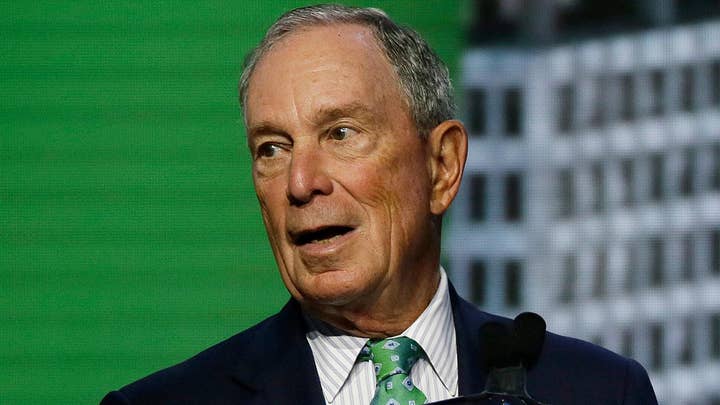 Michael Bloomberg, the billionaire former mayor of New York City, is also becoming the leading donor of Democrats and their efforts to retake the control in Washington.

But just last month, the billionaire’s spending on House races surpassed the $80 million he initially promised and is likely to spend as much as $100 million in the final stretch of the midterms, Axios reported.

He also increased the scope of his donations. While initially promising to back just U.S. House races, he showered a Democratic Senate PAC aimed at electing more Democrats to the U.S. Senate.

He is expected to give $20 million to the Senate Majority PAC, a group backed by Senate Minority Leader Chuck Schumer.

The Washington Post first reported the hefty donation. Bloomberg said he was disappointed with Republican lawmakers who didn’t deliver results despite controlling both legislative branches of government.

Bloomberg’s sizeable donations come amid speculation that he will be running for president in 2020 as a Democrat. He told the New York Times last month that while he used to be a Republican, he would run as a Democrat. “I’m working on this Nov. 6 election, and after that I’ll take a look at it,” he said of his potential run future ambitions.

Donald Sussman, a billionaire hedge fund manager, is among the top Democratic donors in the 2018 election cycle.

Donald Sussman, a billionaire hedge fund manager, is among the top Democratic donors in the 2018 election cycle.

He donated nearly $20 million to various Democratic outside groups, including House Majority PAC and Senate Majority PAC (SMP) which aim to retake the U.S. House and Senate from Republicans.

Sussman’s $5 million that went to the Senate Majority PAC funded another Democratic group’s secret effort to undermine Republican Senate hopeful Martha McSally during the GOP primary in a bid to elect other Republicans who would have less chances to win against Democrat Kyrsten Sinema.

The Arizona Republic reported that a group called “Red and Gold” was created in the final stages of the Republican primary to avoid revealing the funders of the effort to push attacks against McSally only after the primary.

The SMP contributed the most to the group – more than $1.7 million – while three other donors, including liberal billionaire George Soros, contributed $1.2 million.

Unlike other billionaires, Sussman is also directly giving money to candidates, parties and traditional PACs rather than solely relying on the so-called “dark money” groups that often don’t disclose the donations and work to oppose Republican candidates.

James Simons, the co-founder of Renaissance Technologies, a hedge fund generally associated with the conservative Mercer family that heavily donates to Republican candidates, is another billionaire playing a key role in the 2018 midterm elections.

Simons, despite outspending his counterpart billionaire Robert Mercer during the 2016 presidential election, largely avoided the media scrutiny over his influence.

In 2017, he was criticized for spending decades building an offshore fortune of over $8 billion in Bermuda, a tax haven, the Guardian reported. Though progressive Democrats often rail against tax avoidance by the richest, Simons’ donations continue to be welcomed by Democrats.

So far, during this election cycle, Simons directed $12 million to outside PACs. Another $2 million was donated to candidates, parties and traditional PACs by him and his wife Marilyn. He also directly contributed $500,000 to the mysterious “Red and Gold” PAC that tried to undermine McSally’s bid in the GOP primary.

Reid Hoffman, the co-founder of LinkedIn, is one of Silicon Valley's top donors to Democrats (Getty)

Reid Hoffman, the co-founder of LinkedIn, is one of Silicon Valley’s top donors to the Democrats. While compared to other billionaires, Hoffman’s donations aren’t as big – a mere $7 million this election cycle – his influence spans beyond contributions to Democratic PACs.

Last month, it was revealed that Hoffman is a key financial backer of a progressive digital-media startup MotiveAI that was behind outlandish ads on Facebook targeting various demographics, the Daily Beast reported.

The firm is behind a network of companies that spent money on advertisements such as praising Hawaii Democratic Rep. Tulsi Gabbard, with an ad saying she makes “us want to go Democrat” and calling her “hot.”

“America’s voted, and she’s the hottest member of Congress on either side of the aisle,” the video ad states, declaring Gabbard a “certified C.W.I.L.F.,” which presumably means “congresswoman I’d like to f----.”

Another ad, according to the Daily Beast, targeted Republican megadonor Rebekah Mercer. “Her only job was making sex cookies with names like ‘creamy seduction,’” the ad states, in reference to a story of Mercer owning a bakery. “It’s no wonder her husband was desperate to get away from this BEAST,” the video concludes in a shot at Mercer’s reported divorce proceedings.

It remains unclear how much Hoffman exactly invested in the startup firm, but Hoffman’s name has been floated as someone who could take an advisory role in the Hilary Clinton transition team, had she won the election, according to Recode.