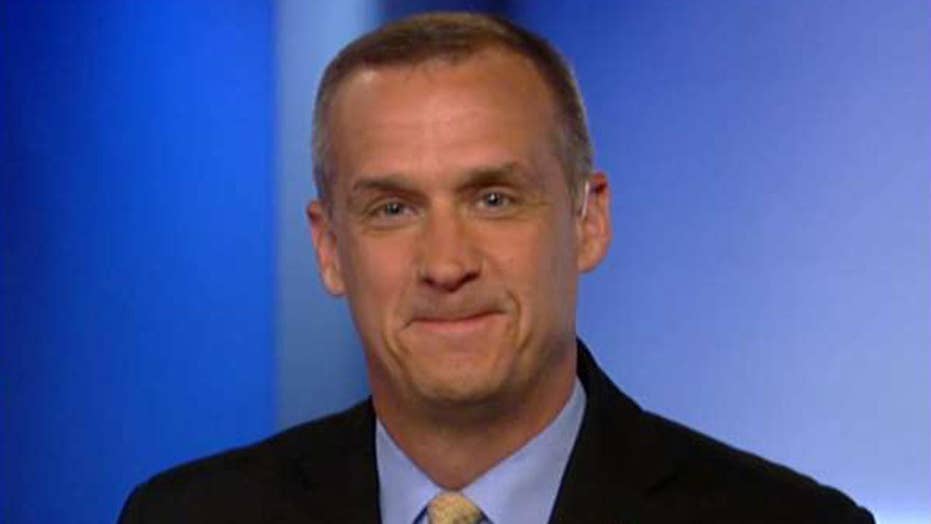 Corey Lewandowski may be re-thinking a run for the U.S. Senate in order to help defend President Trump from impeachment.

Lewandowski, who managed Trump’s 2016 presidential campaign from before its inception through the primaries and who has remained a close adviser and loyalist to the president, has for the past two months been seriously considering a run for the Senate in his home state of New Hampshire. And he’s repeatedly pointed to making a decision in October.

But asked Tuesday morning in a radio interview in the Granite State if it’s “fair to say you are giving a pause or are re-thinking a run for the Senate if the president needs your help,” Lewandowski quickly answered “it’s fair.”

“As much as I think I would be a great fighter for the people of New Hampshire, and one U.S. senator can make a difference, it is my priority to make sure the president of the United States is re-elected. That’s the top priority,” he told host Jack Heath on "New Hampshire Today."

But speaking with Fox News a couple of hours after the radio interview, Lewandowski insisted that “I’m not reconsidering anything.”

THE LATEST FROM FOX NEWS IN THE UKRAINE CONTROVERSY

Lewandowski, a longtime New Hampshire resident who works as a consultant and lobbyist in the nation’s capital, has said for over a month he would wait to decide on a Senate bid until he saw the third-quarter fundraising figures from the candidates that have already launched campaigns. And he recently set an extremely high bar of $2 million for the candidates to reach to keep him out of the race.

Lewandowski told Fox News on Tuesday that “I have said before and continue to say that I’m waiting for the Q3 fundraising numbers to be posted. I am speaking with my family and voters of N.H. before I make any final decisions.”

The third quarter of fundraising concluded on Monday and campaigns have until Oct. 15 to reporter their figures to the Federal Election Commission.

Lewandowski has repeatedly said he would be the best Republican to challenge Shaheen next year because of his fundraising “prowess” due to his close ties to the president.

If Lewandowski puts off jumping into the Senate race this autumn in order to help the president – in some capacity – battle impeachment, he still has time to launch a Senate campaign next year. The filing deadline to run for the seat isn’t until June and the primary is in September of next year.

And enjoying the backing of the president in a political party that Trump has transformed could help Lewandowski make up for lost time if he launches a Senate campaign sometime next year.

Hours before the president arrived in New Hampshire in August for his first campaign rally in the state since the eve of the 2016 general election, Trump called in to Heath’s radio program in part to tout Lewandowski. The president emphasized that if Lewandowski “ran and won, he would be a great senator.”

“I think he would be fantastic. He’s got great energy. He’s terrific on television. He’s a really good guy,” Trump said at the time.

A trio of polls conducted over the past month and a half indicated Lewandowski would be the front-runner in the GOP primary race if he declared his candidacy.

In 2020, national Republicans view New Hampshire as one of the few places they may be able to go on the offense as they mostly play defense to defend their 53-47 majority in the Senate.

But defeating Shaheen – a popular former governor – won’t be easy as she’s already built a formidable campaign war chest ahead of next year’s election.