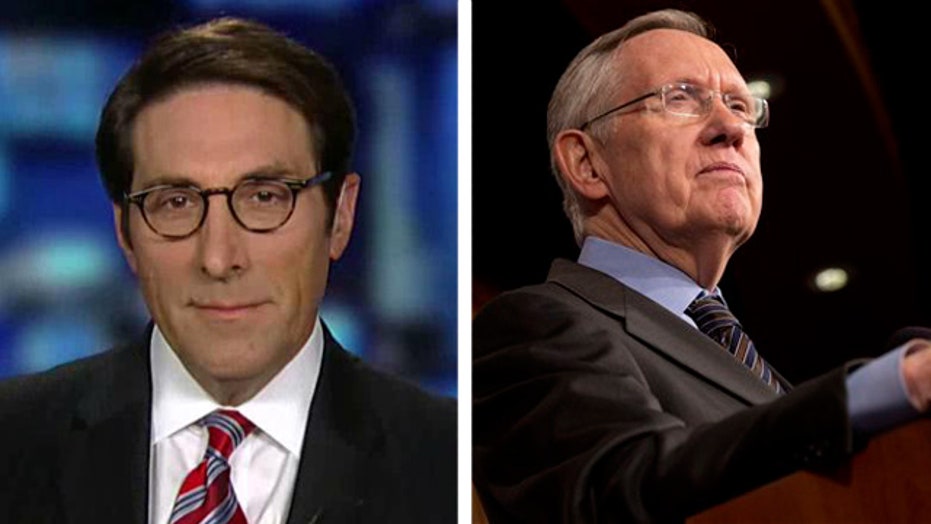 Jay Sekulow on the fallout over the nuclear option

Senate Democrats strip Republicans of ability to block many nominees

Jay Sekulow, the Chief Counsel of the American Center for Law and Justice , told Fox News’ Megyn Kelly Thursday Sen. Majority Leader Harry Reid’s decision to invoke the so-called “nuclear option” could change the face of the federal judiciary, saying “when you use a nuclear weapon there is mass destruction.”

Sekulow said on “The Kelly File” the Senate decision to approve a rule change that strips the minority party of its primary power to block nominations could be a slippery slope.

“I think Supreme Court nominees aren’t going to be off the table either, I don’t think legislation is off the table,” Sekulow said. “I think what Harry did today was use the nuclear option and Megyn, when you use a nuclear weapon there is mass destruction.”

He said Supreme Court Justices Elena Kagan and Sonia Sotomayor, Obama appointees considered to be very liberal, could seem moderate in comparison to future appointees in other federal courts.

“The president said he wants to remake the federal judiciary and you can imagine the image in which that is going to be remade,” he said.

However, Sekulow said the Democrats’ move may backfire, because Republicans will be able to do the same when they regain the majority in the chamber and there is a Republican in the White House.

“The fact of the matter is they need to play tough too because it is good for both, this is not a one-way ratchet here,” he said.