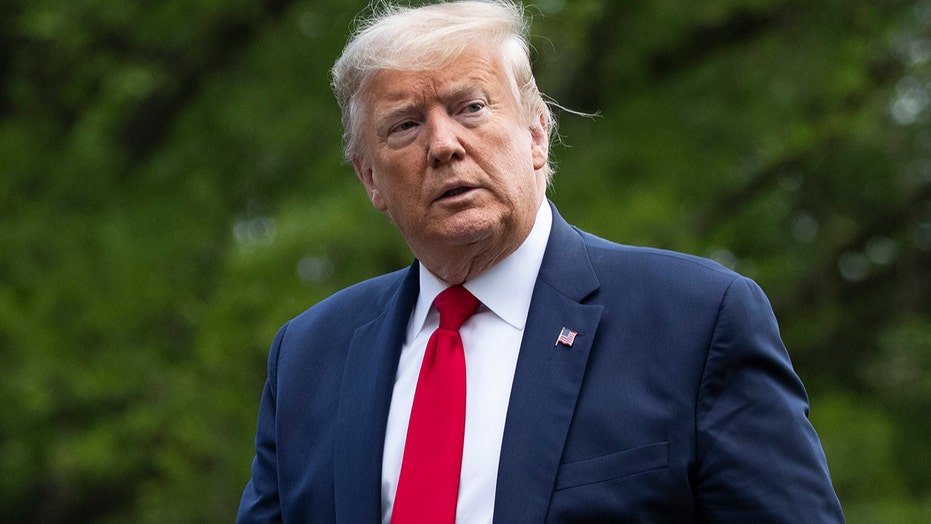 The spots by America First Action Super PAC will start running Friday in Michigan, Pennsylvania, and Wisconsin and are part of an existing $10 million ad buy that started last month.

“For five decades in Washington, Joe Biden’s been wrong on China. Decade after decade Biden voted for weak, job-killing trade deals,” the narrator charges in the ad slated to run in Pennsylvania. “Joe Biden the toast of China while over 100,000 of our jobs left Pennsylvania.”

The ads by the super PAC – along with a website titled "Beijing Biden" – are running separately from a $10 million media blitz by the Trump campaign that claims the former vice president “coddles China,” where the coronavirus pandemic originated.

The push against the presumptive Democratic nominee comes as the president and his conservative allies have raised the rhetoric against Beijing over the past two months and repeatedly blamed China for the spread of the coronavirus outbreak. Domestic polling indicates that an increasing number of Americans point fingers at China for the pandemic.

BIDEN, TRUMP, SPAR OVER WHO'S TOUGHER ON CHINA

The Biden campaign and its allies have repeatedly pushed back at Trump's China attacks by spotlighting clips of the president in January and February praising Beijing’s handling of the coronavirus.

“Everyone knew they lied about the virus. China. President Trump gave China his trust,” the narrator in a commercial by the pro-Biden outside group American Bridge says.

The ad -- which the super PAC is spending $1 million to run in key battleground states -- then uses a video clip from Feb. 7 of the president saying of China, “I think they’re doing a very good job.”

It’s no surprise that both super PACs are running their commercials in Michigan, Pennsylvania, and Wisconsin. The three so-called Rust Belt states were part of the Democrats’ "blue wall" in presidential elections for a quarter-century. Trump narrowly flipped all three states in the 2016 election, helping him to upset Democratic nominee Hillary Clinton and win the White House.

But recent general election matchup surveys in all three states – including Fox News polls – indicate Biden currently holding the edge over the president.