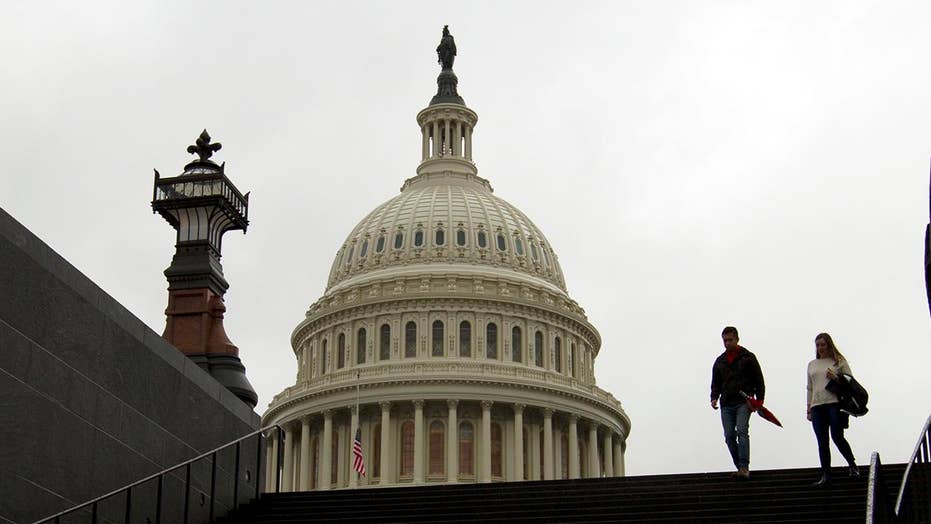 No deal in sight as the White House and congressional Democrats dig in their heels on a short-term spending bill; Doug McKelway reports from Capitol Hill.

It seemed so simple a few days ago.

Back when James Mattis was still Defense Secretary…

Back when the government was fully funded.

All 100 senators agreed to a stopgap spending bill (a “Continuing Resolution” or “CR” in the Congressional lingua franca) a week ago Wednesday night. The bill would run the government until February 8. The House was poised to follow suit and pass the CR on Thursday or Friday, keep the federal lights on and dispatch everyone home for the holidays.

“I don’t believe he would bring it up unless he had assurances that the President would sign the CR,” said Senate Appropriations Committee Chairman Richard Shelby (R-AL). “But you never know.”

You never know with President Trump.

There were strong signals from the White House last Thursday morning that Trump would grudgingly sign a stopgap spending bill to fund the government – even though the package lacked money for a border wall.

But you never know.

Trump’s oscillation began when he got an earful from the conservative House Freedom Caucus Wednesday night. Freedom Caucus Leader Rep. Mark Meadows (R-NC) declared that Trump’s base would revolt if he signed the "Band-Aid" bill. Meadows predicted that signing the legislation would inflict “major damage” to Trump’s 2020 re-election bid.

The gig was up Thursday morning when Trump dialed House Speaker Paul Ryan (R-WI), summoning him from a House GOP Conference meeting. It just wasn’t Freedom Caucus members who were upset about advancing a spending bill without the wall. Many rank-and-file members were irate. They felt hung out to dry – again. They campaigned on the wall. They swallowed hard when wall funding wasn’t tucked into the March package. Same with interim spending bills in September and November. Would the leadership wash their hands of the issue and rush home for the holidays?

“We came out of our conference today more unified,” boasted Meadows. “I looked at (President Trump) in the eyes today and he was serious about not folding without a fight.”

Meadows said the GOP leadership realized they had to push for the wall. The “clean” Senate bill wouldn’t do.

“The assumption was that there were not enough votes there,” said Meadows.

Friday, December 21st was both the shortest and longest day of the year in Washington. However, the political day ran past midnight into Saturday, December 22nd.

The bill to fund the government - in any form - was still ricocheting around the Capitol, caroming from the House to the Senate, back to the House and returning to the Senate.

The Senate struggled to even start a debate on the House-amended plan that provided funding for the wall. A roll call vote started at 12:31 p.m. ET Friday to “proceed” to the House-plan. That required a majority vote. But many senators were absent, having already fled Washington for the holidays. The vote remained open for hours with the yeas, in favor of starting debate, lagging behind the nays.

At 5:49 p.m. ET, the Senate finally closed the procedural vote after five hours and 18 minutes. It was the longest vote in Senate history, besting the five-hour-and-15-minute marathon from February 2009 on President Obama’s stimulus package.

On the government funding procedural vote, Sen. Jeff Flake (R-AZ) was a no. Flake then flipped to yea. Sen. Doug Jones (D-AL), one of the most conservative Democrats in the Senate and facing a tough re-election in 2020, voted aye. Corker had lurked around the Capitol all day but had not yet cast a ballot. Corker voted yes, making it a 47-47 tie. Pence then broke the tie, 48-47, formally getting the Senate on the bill.

“Most of the conversation today has been about process and not the negotiations themselves,” said Flake. “The House bill is dead.”

In other words, it was a challenge to even convince a majority of senators to consider the House plan with the wall. That’s to say nothing of securing 60 votes to end a filibuster and usher a final version of the package to passage. 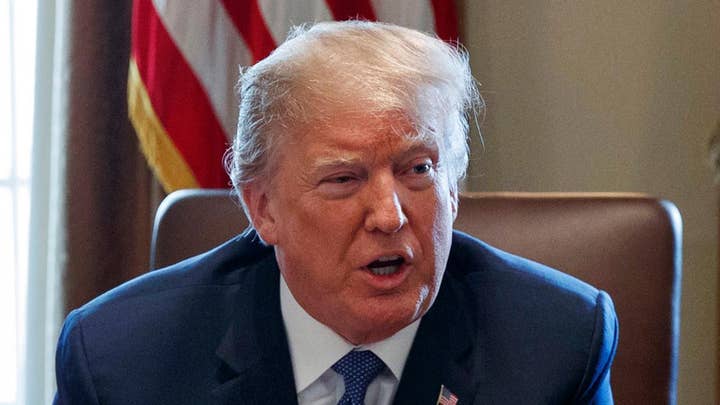 There was a flurry of activity at the Capitol late Friday afternoon. One senior House Republican source close to the negotiations indicated there was a “sense of optimism now,” adding, “I think they are trying to clear it with the White House.”

The prospective plan was to agree to brand-new, full spending measures for the rest of the fiscal year. Not interim measures through February or anything like that. But the wall was the holdup – as it’s always been the holdup.

By nightfall, the House adjourned for the day, with most lawmakers dashing to the four winds. That assured a partial government shutdown that night at midnight.

Congress would be in session on Saturday. But few lawmakers would be anywhere near the Capitol to solve the crisis.

Only a skeleton crew of staff and lawmakers darkened the door of the Capitol on Saturday. Members of the press corps certainly outnumbered the number of aides and members.

Ryan was at the Capitol to open up a rare Saturday session of the House at noon, precisely 12 hours after the government lurched into a partial shutdown. But what was the plan to bridge the impasse? Would Ryan’s Speakership end on January 3 at noon with parts of the federal government shuttered?

Ryan was having none of it, never breaking stride as he booked his way through Statuary Hall of the Capitol, bound for his office.

“It goes over there,” said Ryan, pointing toward the United States Senate chamber across the Capitol Rotunda. “Over there. You know that.”

Ryan portrayed himself as a mere bystander. And in this instance, he was more than willing to deflect the Christmastime quandary to the world’s greatest deliberative body.

That said, some whispered at the Capitol that the outgoing Speaker, off the job when the new Congress convenes, should have taken a hit. They suggested that Ryan should have taken the clean Senate bill, lacking wall money and put it on the floor. Lots of Republicans would have balked. But it likely would have passed with a coalition of many Democrats and some GOPers. What did Ryan have to lose? He’s out the door soon. His last act of Speaker may have been an effort to keep the government open.

But President Trump wouldn’t have signed the plan. And so Ryan went a different direction.

It was thought the administration had an outside chance to reach a deal Saturday afternoon with lawmakers and perhaps summon everyone back to Washington to vote Sunday night.

The sides were “swapping paper,” but in reality, they were nowhere near an agreement.

That afternoon, Trump summoned a group of hardline conservatives to the White House to discuss the border wall - a group that included Meadows, Rep. Jim Jordan (R-OH) and Sen. Lindsey Graham (R-SC) would only embolden the president on the wall fight.

Multiple sources say the White House included Shelby as an effort to show him how serious they were about the wall. 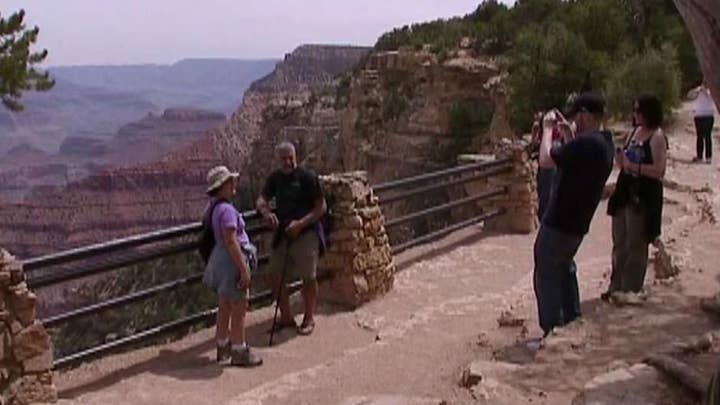 But some Republicans fretted there could now be an issue with the conservatives. The House GOP brass did an about-face and pushed a funding bill on the floor with the wall late Thursday. That steeled their resolve. How could House Republicans now accept anything less than $5 billion since the leadership forced a vote on the revamped bill?

“We often have that problem when we over-conservatize,” said a senior House Republican leadership source.

And so the House and Senate return on December 27. But so far, there’s nothing obvious to break the dam.

British Prime Minister Harold Macmillan once declared that the most important factors in politics were “events.”

Such was the case during the January shutdown. Democrats quickly folded after it was found the public was hammering them in public opinion polls.

A wild car chase and shootout at the Capitol in October 2013 – along with the debt ceiling – helped bring a hasty end a two-and-a-half week shutdown over defunding Obamacare. One U.S. Capitol Police officer was injured in the mayhem. Lawmakers put aside their differences and reopened the government. Lawmakers argued that USCP officers were on the job and willing to put their lives on the line to defend the Capitol - even though they weren’t getting paid.

So what will end this shutdown? An unforeseen event? Terrorism? An international crisis? A deeper market shock? President Trump signing a bill without full wall funding? Democrats accepting wall funding?