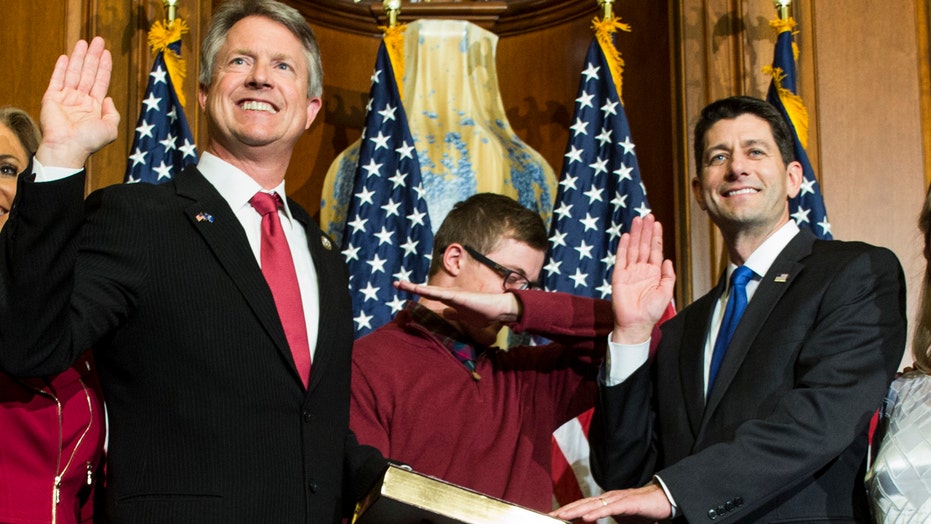 A newly sworn-in Republican lawmaker has grounded his son after the roguish teen tried to “dab” in front of House Speaker Paul Ryan – who thwarted the attempt.

Rep. Roger Marshall, R-Kan., was one of the new members of Congress sworn in Tuesday. But when it came to his moment, his son Cal – who was tasked with holding the Bible and standing between Marshall and Ryan – decided to “dab” for the picture.

Dabbing is a dance move that involves dropping the head while raising the elbow, and looks like an aggressive sneeze. It’s often used as a celebration by athletes.

Unfortunately for Cal, his waggish attempt was spoiled by the eagle-eyed speaker, who immediately called him out.

“You all right?” he asked. “You want to put your hand down?”

“Were you going to sneeze, is that it?” Ryan asked.

Perhaps spotting he had been part of a prank, Ryan slapped Cal on the back and said “don’t worry about it" as the family departed. He later tweeted: “Still don’t get what dabbing is, though.”

Marshall responded to the tweet by assuring the speaker that his son had been grounded.

A request for comment from FoxNews.com on how long the scamp has been grounded for was not immediately returned by Marshall's office.

And so ended the latest example of how dabbing and politics don’t mix.

Hillary Clinton awkwardly attempted a dab in an appearance on "The Ellen DeGeneres Show" in January. In October, Rep. Loretta Sanchez, D-Calif., made a debate audience cringe when she tried the move during her closing arguments in a Senate debate against then-state attorney general Kamala Harris. Her groovy move was met with a teeth-grinding silence, and she went on to lose the race. 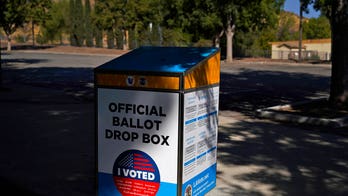