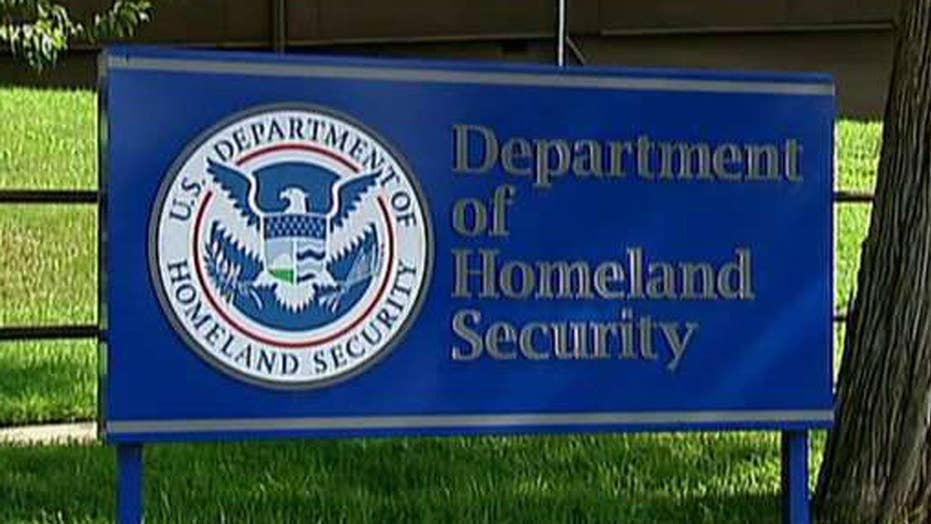 Lawmakers are pushing to require the review of all social media accounts for anyone applying for visa entry into the United States, after it was revealed the Obama administration adopted a policy of ignoring those communications -- and failed to flag radical Islamic messages sent by one of the jihadist attackers in the San Bernardino massacre that left 14 dead.

Tashfeen Malik, a Pakistani woman, made it through the vetting process despite those messages and entered the United States legally in 2014 on a K-1, or fiancée, visa.

“They could have denied this visa” if they had screened her online accounts, House Homeland Security Committee Chairman Michael McCaul, R-Texas, told Fox News on Tuesday.

McCaul said the House is “working on legislation to change this” if the administration doesn’t, adding: “I think it’s absurd and it’s dangerous to the American people to not be looking at this kind of information.”

Controversy over the current policy was fueled following an ABC News report that said the ban on reviewing social media was kept in place over fears of a civil liberties backlash and “bad public relations.”

Homeland Security Secretary Jeh Johnson reportedly refused in early 2014 to end the policy though several other officials in the organization pressed for such a change.  John Cohen, a former acting under-secretary at the Department of Homeland Security and currently a national security consultant for ABC News, said he and others pushed for a change in 2014 that would allow a review of social media messages.

Rep. Bob Goodlatte, R-Va., who chairs the House Judiciary Committee, said his committee also is working on legislation that would require online information, including social media accounts, be reviewed as part of the background check for visa applicants, including K-1 visas.

On the Senate side, Sen. John McCain, R-Ariz., has drafted similar legislation to require DHS to review social media posts in background checks.

Sen. Marco Rubio, R-Fla., a presidential candidate, told Fox News “Hannity” it “just defies all explanation” to not look at social media posts as a factor.

For its part, the Obama administration has directed the Homeland Security and State departments to review the process for screening people who apply for visas and to return with specific recommendations to close security gaps in the U.S. visa system, White House spokesman Josh Earnest said Monday.

The Homeland Security Department said it is specifically reviewing policies on when authorities at U.S. Citizenship and Immigration Services can look at social media posts as part of the vetting process for would-be immigrants applying for certain visas.

DHS said three pilot programs to specifically incorporate "appropriate" social media reviews into its vetting process were launched in the last year and the department is looking at other ways to use social media posts.

Allowing people who vet visa applicants to review social media postings is no guarantee that a would-be immigrant who has radicalized views will be discovered considering they might need cooperation from social media companies.

Sen. Dianne Feinstein, D-Calif., and Burr introduced legislation last week that would require social media companies to report to law enforcement any "terrorist activity" they became aware of -- for example, attack planning, recruiting or the distribution of terrorist material. But technology industry representatives say that would become a massive new liability for companies and chill free speech online.

Malik's background check included at least one in-person interview in Pakistan and another after marrying Syed Farook, who was born in Illinois. She also had to provide fingerprints and a variety of background information. Authorities also vetted her, using intelligence and law enforcement databases.

Yet the day after the attack, Facebook found a post on a page maintained by Malik pledging her and Farook's allegiance to the leader of the Islamic State group. The page was under an alias.

Authorities have said Malik and Farook exchanged messages about jihad and martyrdom online before they were married and while she was living in Pakistan.