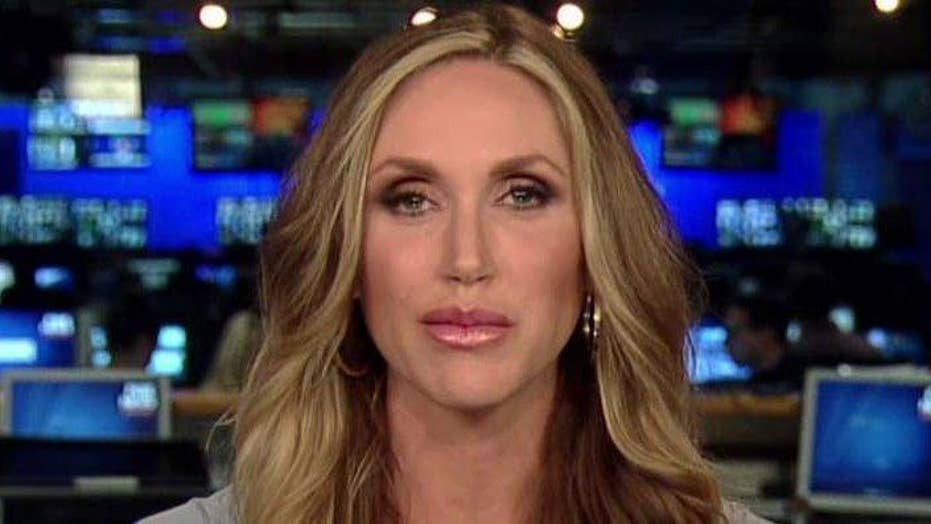 Colbert criticized Trump in his show's opening monologue Monday for abruptly ending an interview with "Face The Nation" host John Dickerson. The veteran of Comedy Central's "The Daily Show" launched into a rant that included the remark, "the only thing your mouth is good for is being Vladimir Putin's c--k holster."

STEPHEN COLBERT DOUBLES DOWN ON TRUMP TAUNT: 'I WOULD DO IT AGAIN'

"If this had happened to [former] President Obama, I can’t even imagine the outrage from people across the board," Lara Trump told host Sean Hannity. "It’s terrible because I don’t care who you voted for in this election, Donald Trump is the President of the United States for all Americans across the board, and that demands respect."

Lara Trump, who is married to the president's son Eric, added that she was "very, very disappointed to see that the reaction quite frankly hasn’t been harsher against Colbert."

Colbert's remarks led to a #FireColbert campaign that briefly trended on social media. Hannity himself repeately took to Twitter Wednesday and Thursday to advise against calling for the host's ouster.

I will NOT support #FireColbert. I am vs ALL BOYCOTTS. He is a horrible human being, but if u don't like him change the channel.

Boycotts, demands to fire people who make political comments you disagree with, this is what the left is doing to conservatives. #FreeSpeech https://t.co/li7yovTKJn

However, the host also pointed out that Colbert's remarks were "vile" and "vicious."

"Colbert probably should be kissing the president’s you-know-what because he personally, single-handedly resurrected what was a failing career for him and his 500 writers that work for him," Hannity said. "He was dying on the vine until he went hard, harsh, vile left."