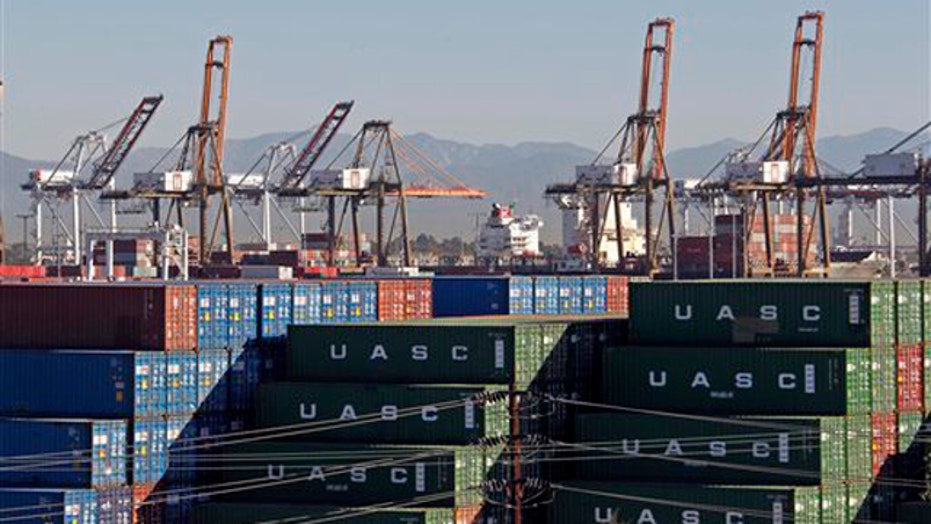 Impact of West Coast labor dispute on US businesses

LOS ANGELES – The nation's top labor official flew Monday to California in an attempt to resolve a damaging contract dispute between West Coast dockworkers and their employers.

U.S. Secretary of Labor Thomas Perez arrived in San Francisco, where months-long negotiations between the dockworkers union and a maritime association of companies have come to a halt.

So, too, has the movement of billions of dollars of cargo that is supposed to pass through 29 seaports from Southern California to Seattle. The ports are a critical trade link with Asia and the gateway not just for imports such as electronics, household goods and clothing but also U.S. exports including produce and meat.

Starting Saturday, companies locked out workers who would load or unload ships, saying they would not pay weekend or holiday wage premiums to crews they accuse of intentionally slowing work to gain bargaining leverage. As a result, cranes that would otherwise be moving containers onto dockside yards were raised up, stationary and eerily quiet on normally bustling waterfronts.

Dockworkers deny slowing down and say they want to work.

Full port operations are supposed to resume Tuesday, when Perez is scheduled to speak formally with both sides for the first time. He already has been in touch by phone with representatives of the International Longshore and Warehouse Union and the Pacific Maritime Association, which represents the shipping lines that carry cargo and the terminal operators that handle it once the ships dock.

For now, those massive vessels are forming ever-longer lines outside the ports, laden with imports that are now delayed by weeks. Off the coast of Los Angeles and Long Beach, for example, 33 "congestion vessels" were awaiting space at the docks, according to the Marine Exchange of Southern California — a new high since this round of disruptions began.

Cargo congestion at the coast's largest ports predated the contract dispute, though the problems were nothing like those now seen. Congestion worsened in the fall, which is when the maritime association says dockworkers began slowing down. The union blames the slow movement of cargo on larger problems with the supply chain, including a shortage of truck beds to carry containers from dockside yards to distribution warehouses.

Contract negotiations began in May. The last contract expired in July. The two sides have reached tentative agreements on many of the key issues, but are stuck on whether to change the process of arbitrating workplace disputes.

Several other issues have been on the table, including pay. The maritime association says average wages exceed $50 an hour; the union says wages are set between $26 to $36 an hour — though many shifts carry a premium over that range.