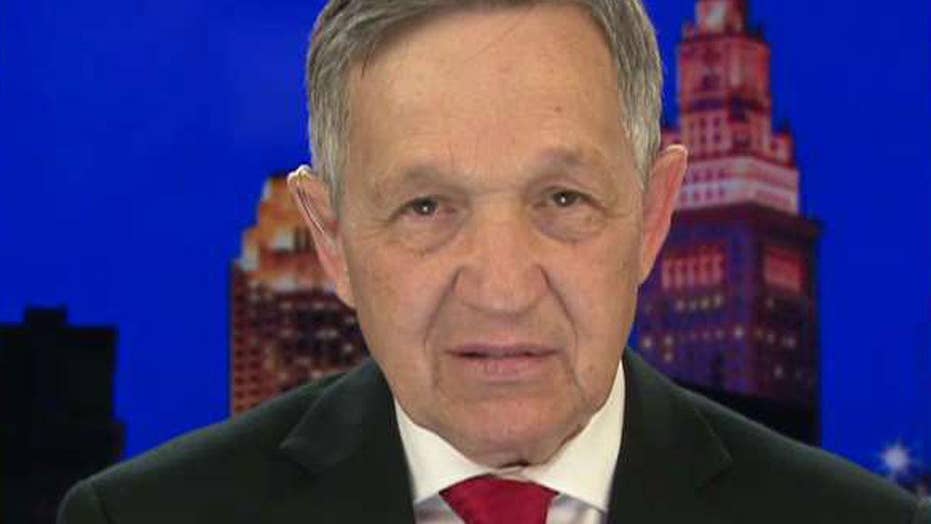 Dennis Kucinich, the former Democratic congressman and presidential candidate, blasted his party colleagues on Tuesday over a push to examine President Trump’s mental and physical fitness for office – and potentially use the findings to seek his removal.

The campaign is being led by Rep. Jamie Raskin, D-Md., who has tried to rally support for his bill in the wake of Trump’s controversial attacks on various media outlets and personalities.

But Kucinich told “Fox & Friends” that Democrats aren’t doing the party any favors with proposals like this.

“It’s a political statement, not a medical statement,” said Kucinich, a Fox News contributor. “I think it’s destroying the party as an effective opposition.”

He continued, “People want political parties to be focused on America’s economic needs, jobs, wages, heath care, education, retirement security and peace -- and they want American politicians to be constructive, not destructive.”

Kucinich speculated that some in his party are having a tough time trying to “reconcile” the results of the November election with their own politics but called for lawmakers to find common ground.

“What’s happening here is not good for the country,” Kucinich said.

The bill in question would establish an “Oversight Commission on Presidential Capacity,” tasked with carrying out a “medical examination of the President to determine whether the President is mentally or physically unable to discharge the powers and duties of the office.” Under the bill, this determination could be made if the “Commission finds that the President is temporarily or permanently impaired by physical illness or disability, mental illness, mental deficiency, or alcohol or drug use to the extent that the person lacks sufficient understanding or capacity to execute the powers and duties of the office of President.”

The same section, though, makes clear that the vice president and others would need to sign off on such a decision – which could speak to why Kucinich and other critics view this as a purely symbolic effort.

Raskin introduced the bill in April, but revived the push amid the controversy over Trump’s attacks on the media, including CNN and the hosts of MSNBC’s “Morning Joe.”

“The President should take a break from watching TV and read the #25thAmendment to the Constitution. There are ways out of this,” Raskin tweeted on Friday.