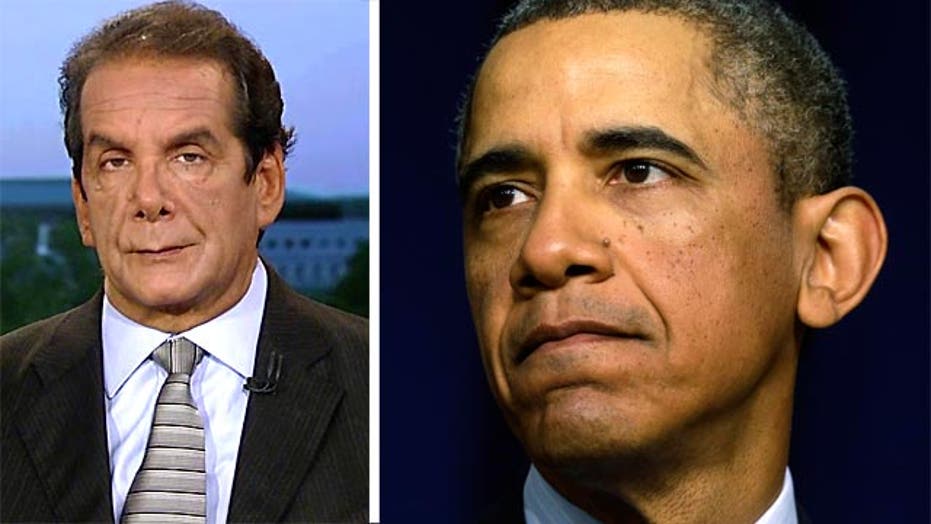 Krauthammer: 'we have a presidency falling apart'

Charles Krauthammer said Wednesday on "Special Report With Bret Baier" that President Obama is dealing with a "crisis of competence," adding he believes Obama's presidency "is falling apart."

Krauthammer, a syndicated columnist and a Fox News contributor, cited the scandals surrounding the IRS, the VA and the Secret Service as examples of problems plaguing the administration.

"All the institutions in the past you'd make a movie about," he said. "Secret Service is the hero ... all of these agencies we had trust in, under this administration are showing how bad the government is run. You combine them and you get a sense that things are out of control."

Krauthammer said Obama's policies have led to these various crises.

"I think it is a sense in the country," he said. "Now we have a presidency that is falling apart. And it isn't as if it all happened at once."