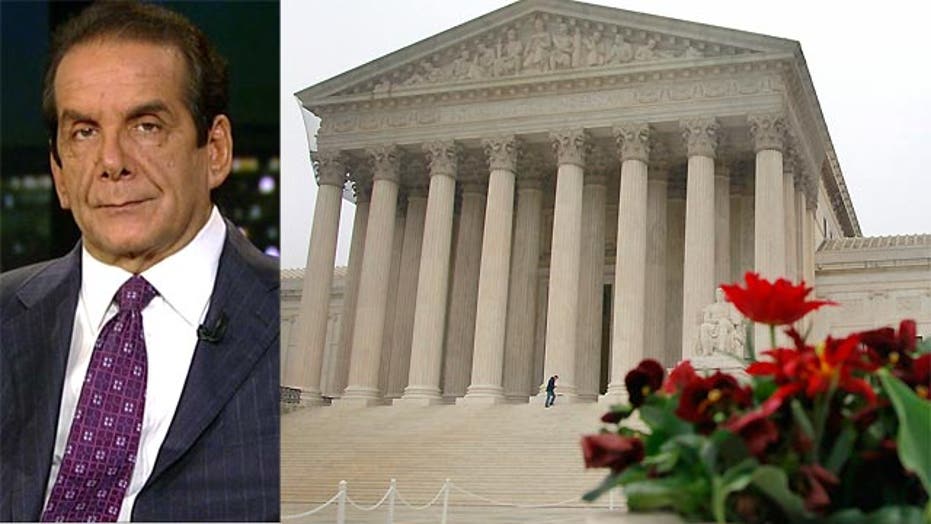 Krauthammer: Supreme Court unions case could be “blow to organized labor from which they would not recover”

Charles Krauthammer told viewers Tuesday on “Special Report with Bret Baier” that a Supreme Court ruling on a labor unions case could potentially be “a blow to organized labor from which they would not recover,” depending on how the justices rule.

His comments came just after the court heard arguments on the case, which involves home-based health care workers in Illinois.

A decade ago, the state amended its public labor relations act to classify personal care attendants as state employees for the purpose of collective bargaining, forcing them to pay union dues. An attorney for some of the workers argued Tuesday that their constitutional rights are being violated.

Krauthammer, a syndicated columnist and a Fox News contributor, said if the court were to overturn that decision, it could be mean "ruin" for the unions.

"I think this would be a blow to organized labor from which they would not recover," he said. "Unless you force people into these unions, they generally don’t go."

However, Krauthammer predicted the Supreme Court would not do so.

“There are ways in which it could rule in a less radical way," he said. "For example, it could say that these workers don’t have to be deemed state workers which would be slightly different from saying you’re a state worker, you now have to pay into a union. So I suspect they are going to look for a way to be less sweeping in their ruling.”