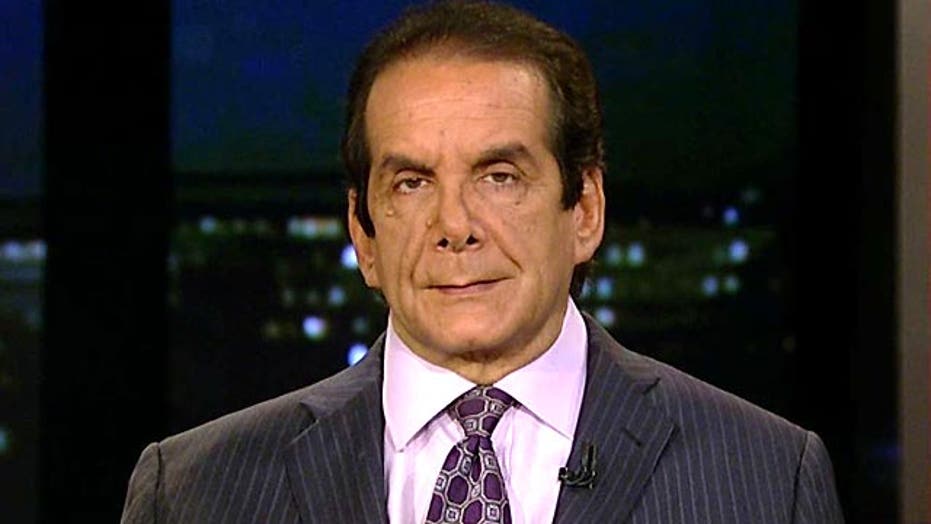 The whole premise of the reset policy was that we are not in competition and Putin could ....

Charles Krauthammer said Thursday on "Special Report with Bret Baier" that the Russians "are playing a zero sum game" when it comes working with the U.S.

"The fact that no one answers our call in the Defense Ministry in Kiev is a sign of how weak and irrelevant the U.S. has become," Krauthammer, a Fox News contributor and syndicated columnist said. "I can assure you that if Putin's on the line, the phone is answered."

Krauthammer said the Russians are thumbing their noses at the U.S. by harboring NSA leaker Edward Snowden and through their foreign policy decisions.

"The whole premise of the reset policy was that we are not in competition and Putin could not believe his luck, to come across a naive from the White House who believed that," he said. "The Russians did not cooperate on Iran. They're running Syria. They're arming Syria. Thumbing their nose at us with Snowden and now Ukraine. And they are playing a zero sum game."