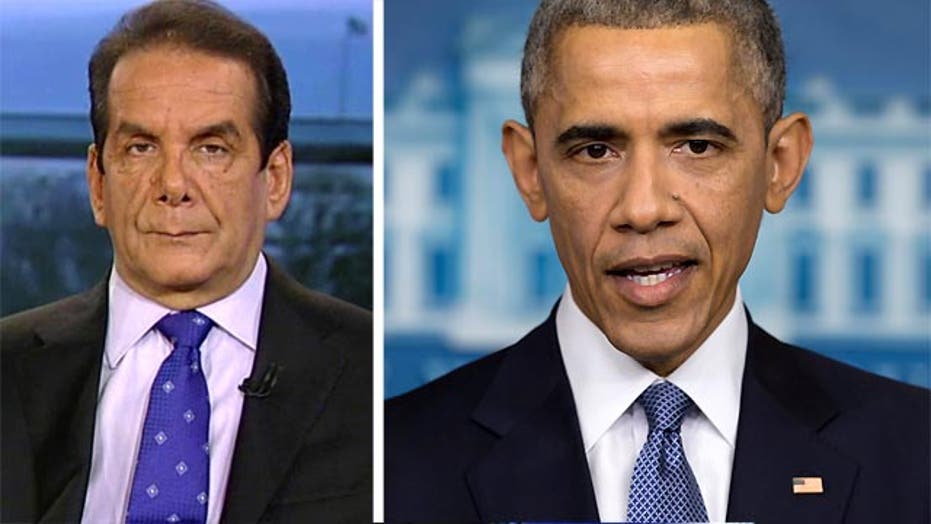 Charles Krauthammer discussed Friday President Obama’s video message to the Iranian people celebrating the Persian New Year, in which he urged greater diplomacy between the US and Iran.

Referring to the ongoing nuclear negotiations, Obama said Thursday that “there are people in both our countries, and beyond, who oppose a diplomatic resolution."

“This is the president’s mendacity continuing to a degree that is really quite remarkable,” said Krauthammer, a syndicated columnist and Fox News contributor.

Speaking on "Special Report with Bret Baier," Krauthammer labeled Obama’s statement a “lie.” He explained that “people are not opposed to diplomacy,” they are opposed to “the deal [Obama] is doing.” Krauthammer went on to clarify that in his mind, the negotiated nuclear deal is “a disaster.”

He also took a swing at Obama for not speaking to Iranian people directly, and “not supporting a democratic revolution in 2009.” He said Obama “turned his face,” a move Krauthammer called “disgraceful.”