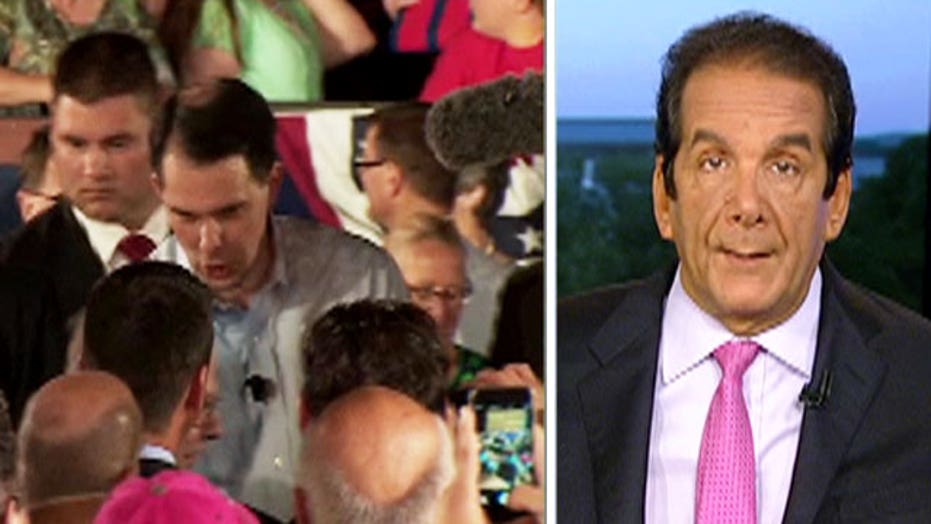 Krauthammer said that Wisconsin Governor Scott Walker (R), who officially threw his hat in the ring for president today, made a stump speech rather than a soaring announcement… and it worked for him.

Syndicated columnist Charles Krauthammer said Monday on “Special Report with Bret Baier” that Wisconsin Governor Scott Walker, who has joined the Republican presidential race, made more of a "stump speech than a soaring announcement" and it worked for him.

Krauthammer went on to point out that Walker’s appeal is not his rhetoric, but his record.

“He has been there in Wisconsin… He took on the unions, was challenged again and again, overwhelming opposition from Democrats around the country pouring in money against him. And he succeeded,” Krauthammer said. “It was much more a governor than a president speaking, but I think that’s why he’s appealing. It’s a straightforward campaign with conservative principles.”